Lucky escape for Buemi during Pirelli test at Silverstone 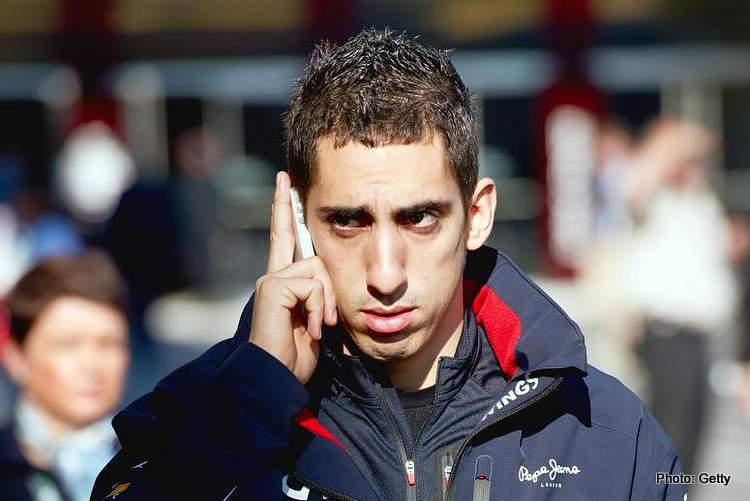 Red Bull and Williams completed two days of 2020 Pirelli Formula 1 tyre testing at the Silverstone circuit this week, carrying out tyre testing on behalf of Pirelli.

After the riveting British Grand Prix, Williams and Red Bull Racing remained at Silverstone for testing duty where both teams ran a car on Tuesday and Wednesday.

On the final day (Wednesday) Robert Kubica was in action for Williams with Formula E champion and former Toro Rosso driver Sebastien Buemi back in an F1 car.

But the test was marred when Buemi crashed heavily while on duty in the RB10 and although he was unhurt, by the forces estimated at 20 Gs, he was sent for observation at the circuit’s Medical Center.

Early evidence suggests that the RB10 suffered a collapse of the left rear wheel which rendered the driver a passenger before the vicious impact. Red Bull and Pirelli were still investigating the cause at time of writing.

Earlier the Swiss driver had completed laps with the 2020 prototype rubber without incident.

The session was immediately red-flagged as they extricated Buemi and cleared the wreck, thereafter Pirelli called it a day. Nevertheless together with Kubica, the pair added 158 laps of mileage to the new rubber.

Red Bull’s Pierre Gasly drove on Tuesday, completing a total of 102 laps over the day with George Russell was in the Williams completing 98 laps, on a productive day for Pirelli who were evaluating dry tyre compounds for next year.

After the Silverstone test, four remain for Pirelli: two at Paul Ricard, one at Suzuka and one at the Autodromo Hermanos Rodriguez. Next up McLaren will test at Paul Ricard on 12-13 September.