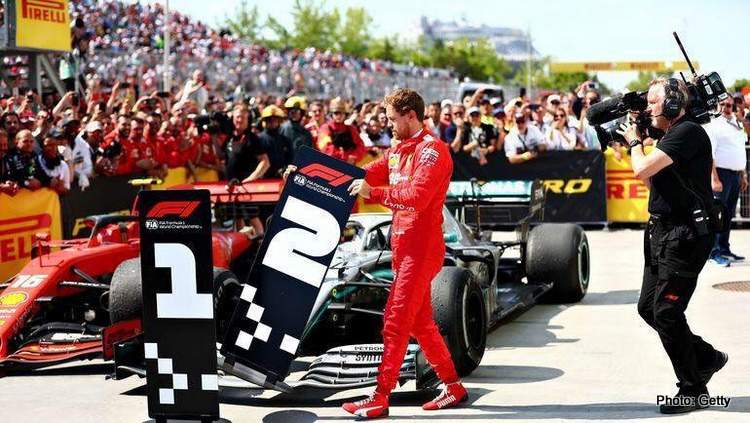 Ferrari have decided to appeal against the five-second penalty that robbed their driver, Sebastian Vettel of victory in a dramatic Canadian Grand Prix – ultimately decided by a controversial a race-changing decision by FIA stewards.

The incident has been well reported on these pages and has F1 social media, forums and indeed this website buzzing with debate over the contentious penalty that cost the Reds a much-needed win and handed a hollow victory to their rivals Lewis Hamilton and Mercedes.

After the race in Montreal, team boss Mattia Binotto told reporters, “We are not happy. From our perspective, he could have not done anything else and he was even lucky to remain on track.”

“No intention in what he did, he was still ahead and he tried to keep his position and simple as that. We disagree with the decision but we all may have our own opinion.”

Vettel explained, “It’s not making our sport popular with these kinds of decisions. People want to see us race and that was racing. It is a shame when we have all these funny decisions.

“I was trying to survive, to keep the car on track. I came from the grass, the tyres were dirty and I was fighting to get back on-line and get control back of the car.

“I don’t know what I can do differently. It is a very short time. I lost the rear on entry. I had to make the correction. I sailed through the grass. I was lucky not to spin, once I regained control I had a look in the mirror and Lewis was right behind me. I was lucky he did not try to go on the inside and just drive past me.”

Hamilton countered, “Ultimately the rules say when you go off you have to come back on in a safe manner and I was alongside and I had to back off to avoid a collision and I guess that’s why they made the decision.”

Mercedes F1 boss Toto Wolff added, “It is clear you want to win on the track in a clean fashion because incidents like this create controversy.

“My view of the incident is that it is very difficult for the stewards to interpret regs so everyone is satisfied and that incident could be judged 60-40 on either side but we mustn’t put the stewards under pressure so they struggle even more in the future to come up with consistent decisions.

The race stewards categorised the offence under Article 38.1 of the Sporting Regulations.

Ferrari have 96  hours to lodge the appeal from the time they notified the FIA of their intent. Thereafter the process will go through the FIA’s International Court of Appeal and could takes weeks if not months to review the incident, the appeal and then make a second decision.

Whatever the outcome, the damage to the sport – beyond the destruction of what was turning out to be a fine race – they kicked F1’s credibility out of the park. racing drivers should be allowed to race as motorsport legend sums up better than this author can:

I think the function of the stewards is to penalize flagrantly unsafe moves not honest mistakes as result of hard racing. What happened at #CanadaGp is not acceptable at this level of our great sport. @F1