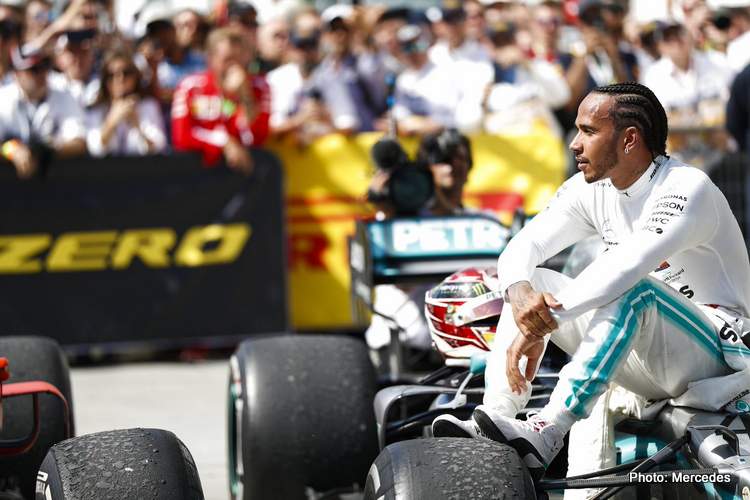 Sebastian Vettel jumped to the defence of Lewis Hamilton when the crowd in the front of the podium boo-ed loudly as they showed their disdain for a race that was decided controversially while denying fans a cracking final few laps.

Once again Vettel made a mistake as he lost control of his Ferrari briefly through Turn 3 and Turn 4, over the grass he skipped before stumbling on to the track and nearly squeezed Hamilton, alongside him, into the wall. A five seconds penalty was issued by the FIA stewards for the transgression.

Of his race the German said, “Well I think first of all, I really enjoyed the race and the crowd on every lap. Seeing them cheer me on it was very intense. I think you should ask the pitwall what they think we had a great show and Lewis showed some good respect.”

“It is not about the title now, we deserved to win now and that is our opinion. It was a great race, they [the crowd] cheered me on all the race. it’s a bit weird now, I don’t know what else to say.”

“It is not making our sport popular. People want to see us race, and it was racing. Just a shame when we have these funny decisions” added Vettel who dropped further behind Hamilton in the standings as the Briton racked up Mercedes’ seventh straight win of the season.