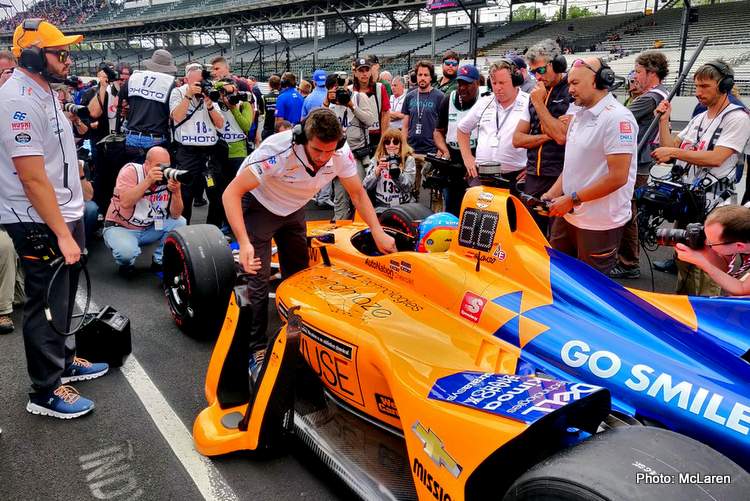 It was going to be a busy weekend for Zak Brown who intended to somehow flit between Monaco and the Indy 500 this weekend thinking Fernando Alonso would qualify for the 103rd running of the great race.

But the inconceivable happened and they embarrassingly failed to qualify, after which Brown returned to Monaco where he will stay for the remainder of the weekend, the flight to Indianapolis now redundant for him.

It is worth noting that the McLaren CEO has taken the blame for the fiasco that the much-vaunted project became and fully exonerated Alonso from any wrongdoings, showering the Spaniard with praise.

During the opening day of the Monaco Grand Prix weekend, Brown was asked by Sky F1 about Alonso’s reaction to the turmoil around him during practice and qualifying which led to him being bumped from the race after the back-row shootout at the Brickyard last week.

Brown recalled, “He was unbelievably professional, just like you saw externally how he handled the media and the fans, that’s how he was inside the garage. We were all frustrated but, he knowing the champion that he is, if he had been anything other than to be laser-focused on trying to move forward, you know, it would have gotten worse.”

Meanwhile, there are reams of copy out there that document one of the most pathetic attempts at qualifying for Indy 500 in a long time, for McLaren it was karma for their arrogance.

Nevertheless, Brown has been refreshingly candid with revelations about a project gone wrong from the outset and never ever an effort that was going to net Alonso that coveted Triple Crown of Motorsport – namely this year’s Indy 500 – but at the same time the McLaren CEO has bared and apologised for his own managerial gaffes and inadequacies.

The marketing guru turned F1 team boss explained, “I thought long and hard about how much do I share with the world, but we were so far off and made so many mistakes and have so many great fans and partners and the racing team, I felt it was important people understood a little bit what went on behind the scenes.”

“Racing is emotional. You have your highs and lows and that was the biggest low I’ve ever had in my 25 years in motor racing. We made a lot of mistakes and mistakes breed more mistakes.”

“I think the cover-up is always worse than the crime and I wasn’t going to cover it up. I think people needed to hear it, as embarrassing as it was,” added Brown who clearly has some very patient superiors and shareholders – Mumtalakat Holding Company (56%) Mansour Ojjeh (14%) Michael Latifi (10%) Minority shareholders (20%) – on his side.