Alonso: We were not quick enough 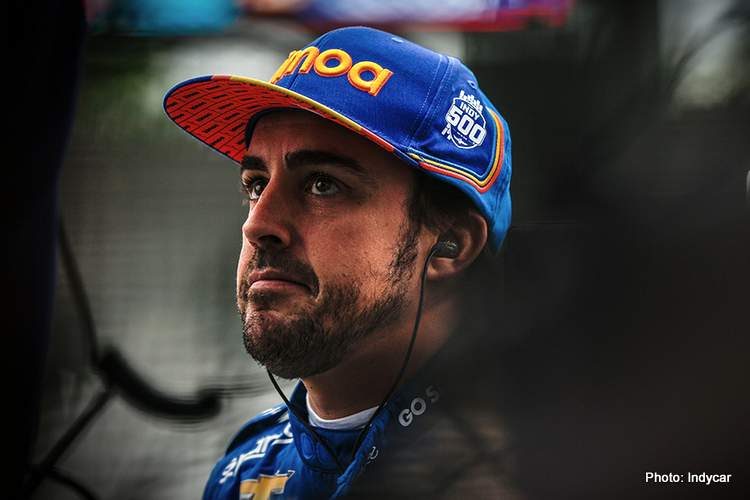 The news that McLaren Racing and Fernando Alonso will not be on the grid for the 103rd running of the Indianapolis 500 was greeted with disappointment as the Spaniard’s second foray was being watched with keen interest as he continued his quest for that elusive Triple Crown of Motorsport.

But on a dramatic Sunday at the Brickyard the shootout for the final three spots followed a challenging qualifying weekend for the team and resulted in Fernando posting an average speed of 227.353mph which at the time of his run placed him 32nd.

Sage Karam then put in a 227.740mph to go fastest in the session and pushed Alonso down to the ‘bubble’ position in 33rd. Patricio O’Ward was not able to better Fernando’s time but it was then Kyle Kaiser who pushed Fernando out of the field by a mere 0.019mph.

It was a blow for a programme which on paper promised so much, but as has become the trend with this new era McLaren, they failed to deliver.

Alonso was visibly shaken as reality sunk in, but later summed up his disappointing day, “It has been a very long qualifying, nearly 56 hours from yesterday morning. Yesterday, we were 31st instead of 30th. Today, 34th instead of 33rd by a very small margin, and unfortunately, we were not fast enough on both days. I’m disappointed now, obviously it would be nice to be in the race next Sunday.”

“I want to thank the team for all the efforts, we kept pushing. We came here to race and to challenge ourselves and we were not quick enough. I congratulate all the other guys that did a better job, and hopefully, we’ll see a nice show next Sunday, with everyone safe. I will be enjoying from the TV, unfortunately.”

McLaren’s one-race programme to tackle the Indy 500 this year as a solo team effort, as opposed to a partnership with Andretti Autosport which served them so well in 2017.

Instead, they decided to tackle the daunting race themselves with former Force India man Bob Fernley running the project while Gil de Ferran (an Indycar veteran and Indy 500 winner) was occupied with the F1 programme.

Furthermore, a one race foray at the biggest race of all against pedigreed teams and high-quality drivers was always going to be a tough ask and proved to be so as McLaren were on the back foot with technical issues from the moment the track went green last Tuesday.

Whatever the reasons for the high-profile failure, the disappointment was palpable among fans and media as this was not how the script was supposed to turn out for the Papayas.

McLaren sporting director Gil de Ferran reflected on Sunday night, “This has been a very emotional and difficult experience, not only for me but for the whole team. I want to take this opportunity to apologise and thank the fans, not only here in the U.S. but globally, who have been following our progress.”

“I want to thank our team: the guys been have been working for several months, and particularly this last month or so have put in a tremendous effort and worked all the hours in the day.”

“I want to apologise and thank our partners who have been fantastic, and incredibly supportive through this journey. I thank also the whole IndyCar community, who welcomed us with open arms. All the way from the officials, safety people, all the other teams, everyone in and around Indycar, it was nothing but a warm feeling and a lot of support.”

“I think last but not least, I want to thank Fernando. We didn’t give him a car that was fast enough but he drove like the champion we know he is, particularly these last three days. It has been incredibly tense and very difficult, and we couldn’t have asked anything more from him.”

“In my 35 years of racing, this is the most painful experience I’ve ever had but we are racers. We respect this place and it is one of the toughest challenges in racing. This experience will only make us stronger as a team, and we want to come back,” added De Ferran.