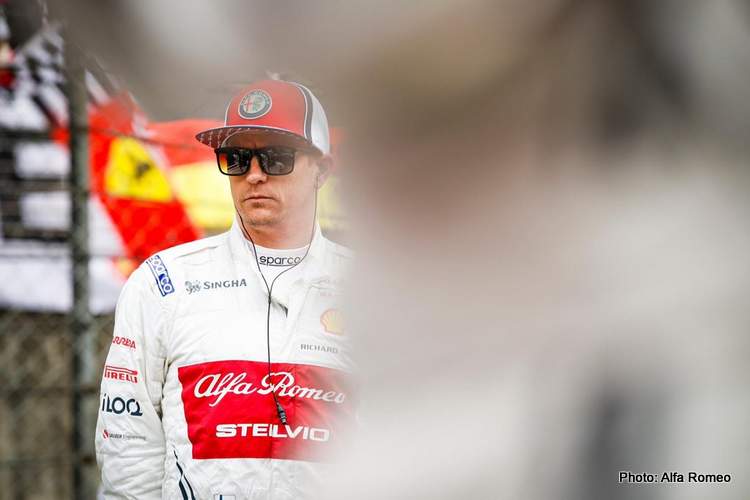 Kimi Raikkonen will start Sunday’s Azerbaijan Grand Prix from the pitlane along with Red Bull’s Pierre Gasly and Williams’s Robert Kubica after stewards struck off the Finn’s qualifying results.

The Alfa Romeo driver had been eighth on the provisional starting grid and his demotion means Ferrari’s Charles Leclerc, who crashed in the second phase of qualifying, will move up from ninth.

Stewards said Raikkonen’s front wing had deflected more than the five millimetres allowed when load-tested. The test is to stop teams from gaining an aerodynamic advantage from flexible parts.

Gasly also starts in the pitlane after stewards agreed to let him start on condition he do so behind any car that set a time in qualifying.

The Frenchman was ordered to start from the pitlane after failing to stop to have his car weighed at the end of Friday’s second practice.

His Honda-powered car was then found after qualifying to have been in breach of the fuel flow regulations, leading to disqualification.

Williams opted to start Kubica from the pitlane so they could make further set-up changes after the Pole crashed heavily in the first phase of Saturday’s qualifying after setting a time that left him at the back of the grid. 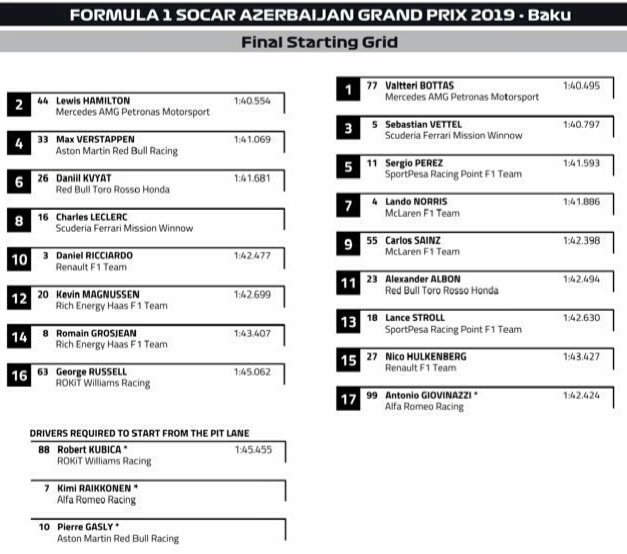