Williams: The mechanics having done an excellent job 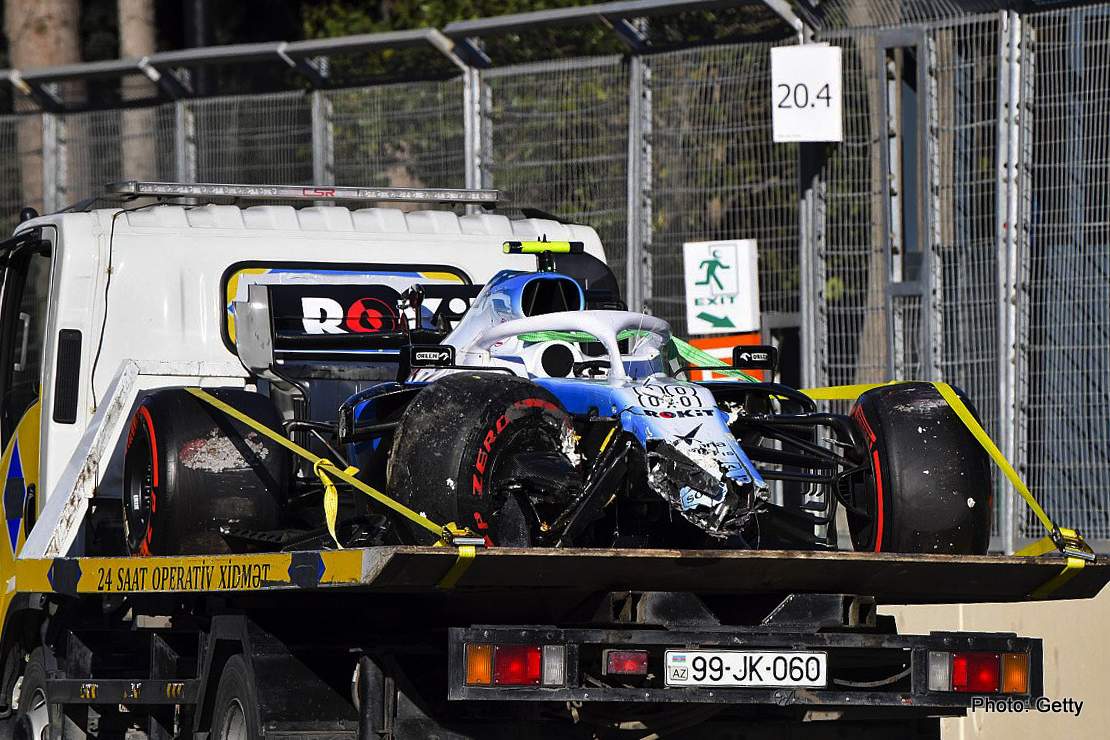 Williams report from qualifying for the Azerbaijan Grand Prix, Round 4 of the 2019 Formula 1 World Championship, at Baku City Circuit.

Dave Robson, Senior Race Engineer: “Although we gathered only limited data from yesterday’s running, we were able to make some improvements to the car overnight. Furthermore, with the mechanics having done an excellent job of getting the spare chassis ready for George, we were able to use both cars to conduct some further experiments in FP3.”

“Applying the learning to the cooler conditions of evening qualifying is never straightforward. Overall, we were able to make further progress and George was able to make up for the time he lost yesterday, getting the most out of the car during his runs in Q1.”

“Unfortunately, Robert touched the wall at turn eight on his final flying lap, and this lost him the opportunity to maximise his qualifying performance. We are assessing the damage on Robert’s car but expect to be able to make the necessary repairs ahead of tomorrow’s race.

George Russell, 19th: I went into qualifying quite blind after missing all the running yesterday. Baku is a circuit that requires a lot of confidence for you to maintain your momentum. From a personal perspective, I felt comfortable during qualifying and got the most out of the package. It’s been a tough weekend and will be a long race tomorrow, but we must stay positive and keep making the most of the situation.

Robert Kubica, 20th: “At this track, you pay a high price for a relatively small mistake. I knew it before I came here and unfortunately, that’s just how it is. It was not a huge impact, but the doctors had to do the usual precautions and I am ok.”

“I turned in too soon and clipped the wall at turn eight, which launched me to the outside of the next corner which is the narrowest point on the Formula One calendar. The temperature is not helping us, but this was a driver mistake and we will evaluate the car for damage.