Balance of power restored at Ferrari? 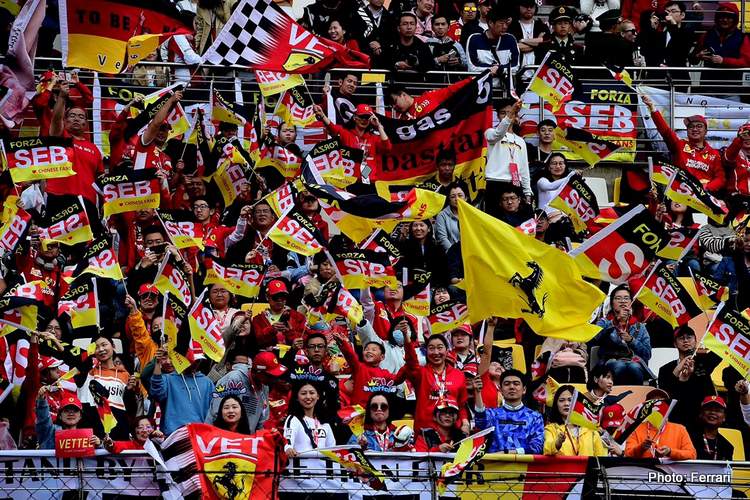 Charles Leclerc found himself back behind Ferrari teammate Sebastian Vettel on Saturday after qualifying for the Chinese Grand Prix, two weeks after eclipsing the German in Bahrain.

The 21-year-old Monegasque paid the price for a mistake during Shanghai quali and will start Formula One’s 1,000th championship race from fourth position with Vettel third.

Leclerc had arrived in China as man of the moment after qualifying on pole at Sakhir, leading and setting the fastest lap before engine problems meant he had to settle for third and a first F1 podium.

“I did a mistake on the last lap, I shouldn’t have done that,” said a frustrated Leclerc, who has looked less comfortable in the car than Vettel all weekend, after the session.

“Overall I think there are some very positive (things) also on my side because first practice, second practice and third practice I was quite lost and struggling a little bit. Actually quite a lot.”

A change to his car’s set-up for qualifying had helped, Leclerc said, but that only cushioned the disappointment.

“It was better and overall I drove better and the lap time came,” he said. “It’s good but it’s also disappointing because I think there was potential to do more today.”

The swing in form between teammates from Bahrain to China was not just limited to Vettel and Leclerc, with Valtteri Bottas also outperforming Lewis Hamilton.

The Briton, a five-times world champion, had been easily the faster of the pair in Bahrain while Bottas won the season-opener in Melbourne.

“I think we have seen those variances between drivers, even intra-team variances, from race to race,” said Mercedes team boss Toto Wolff.

“I think it is related to the circuit layout, driving style and tyres. The same happened at Ferrari.

“So, I think it will be important for each driver out there to accept that you could be looking well at one track and not at the other.”