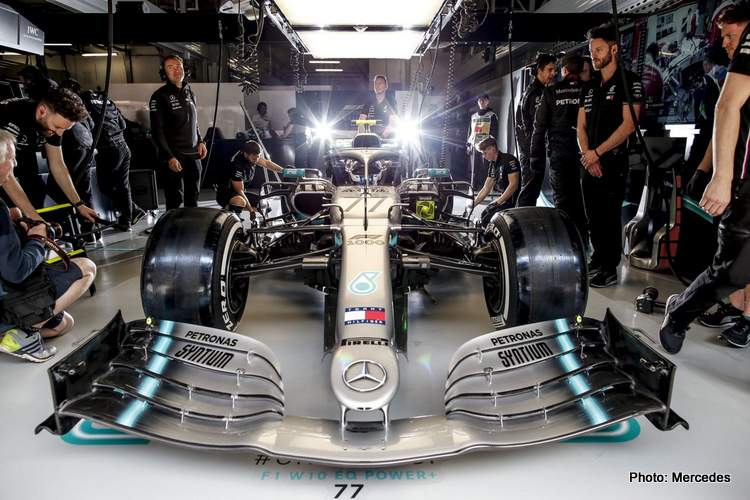 Mercedes have a new front wing for the W10 made for the Chinese Grand Prix weekend, but reports suggest that the FIA took a look at it and deemed it illegal as they had done with the creations presented to scrutineers by Red Bull and Williams.

Auto Motor und Sport’ Michael Schmid reports that Mercedes will have to change their latest front wing because the new version for Shanghai does not comply with F1 regulations, as the end-plate is cut out too far when the rules state that the end-plate must completely cover the flap when viewed directly from the side.

The report adds that Mercedes used the “illegal” version of the wing during FP1 and FP2, which is by the book as teams are only obliged to comply with the regs for qualifying and the race.

Mercedes is not the first team forced to change its updated front wing.

During the first two races of this season, Red Bull and Williams exploited what appeared to be a loophole, but they had to change their concepts in the wake of the FIA releasing a technical directive clarifying the matter.