Ferrari: Leclerc’s problem had never been seen before 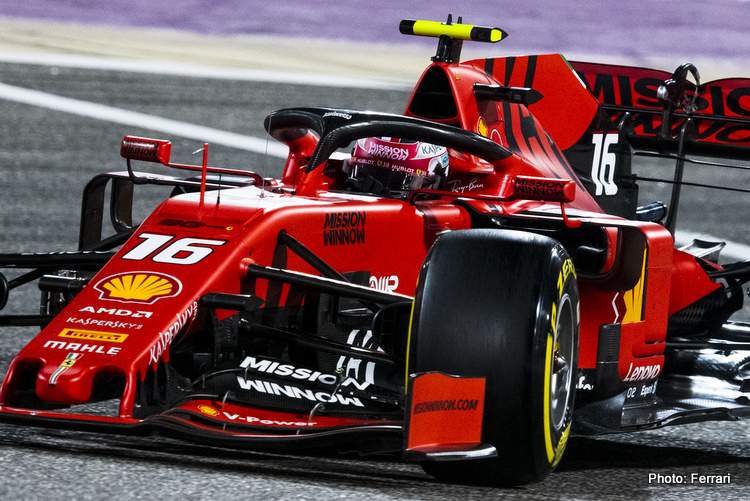 Ferrari driver Charles Leclerc missed out on his first Formula One victory in Bahrain last weekend because of an unprecedented short-circuit in an injection system control unit, his team confirmed on Friday.

The 21-year-old Monegasque driver will be able to use the same power unit in China next week, round three of the championship.

Leclerc finished third at Sakhir after his car lost power with some 10 laps to go while he was leading the race comfortably.

Race winner Lewis Hamilton and his Mercedes team mate Valtteri Bottas both overtook the youngster before the chequered flag, with the Leclerc salvaging a podium place thanks to the safety car being deployed for the last three laps.

Ferrari reported: “Charles Leclerc will use the same power unit in China that he used for the Bahrain Grand Prix. The unit will be duly fitted on the number 16 car, in which the Monegasque driver had to settle for third place having led the race in style until a few laps from the flag.”

“Anomaly. Following the race, the Scuderia Ferrari Mission Winnow technicians and engineers traced the fault on the car to a short circuit within an injection system control unit. This type of problem had never been seen before on the component in question.”

Leclerc had also started on pole position for the first time in his Formula One career, and in only his second race with Ferrari.

Shanghai will be the 1,000th Formula One championship grand prix and Ferrari will be favourites to win despite champions Mercedes finishing one-two against the odds in the first two races of the season.