Norris: I could do a bit of overtaking… 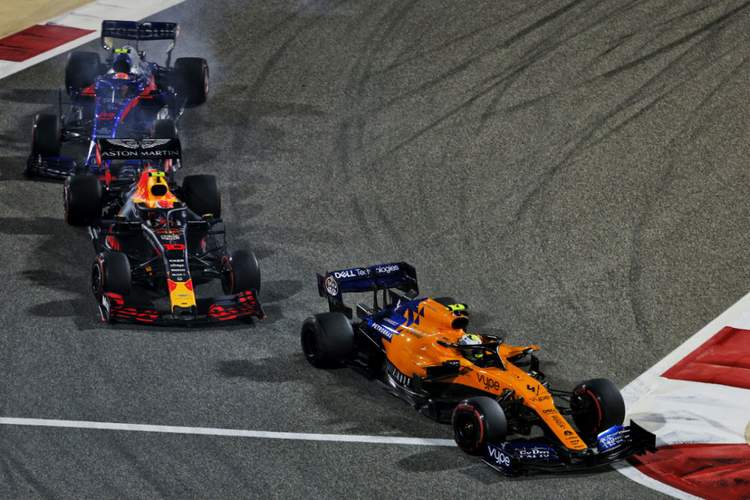 McLaren driver Lando Norris felt he had made amends for mistakes on his Formula 1 debut after finishing an impressive sixth for McLaren in Bahrain on Sunday.

The 19-year-old British rookie showed fighting spirit as he secured his and the team’s first points of the campaign, receiving plenty of praise.

In Melbourne two weeks ago he was his own worst critic after starting eighth but ending up 12th after errors on the opening lap.

“My little mistakes I did in Australia, I think I made up for it now,” Norris told reporters at the floodlit Sakhir circuit. “Just the whole race today was a lot more fun than Australia.

“I could do a bit of overtaking… I could enjoy the experience of Formula 1 much more here. We just had better pace than we thought we were going to have.”

McLaren sporting director Gil de Ferran said Norris had been “nothing short of spectacular” with a ‘perfectly-judged’ performance.

The Briton had started ninth, two places behind Spanish team-mate Carlos Sainz, but dropped to 14th after contact at the start.

The teenager then produced a thrilling recovery with lots of overtaking, going wheel-to-wheel at one point with 2007 world champion Kimi Raikkonen.

“It was very tough,” he said. “I had to work a bit harder than I wanted to, but I had quite a bit of fun. I’m very happy not just myself but for the team as well.”

Norris, who won the European Formula Three title in dominant style in 2017 and finished runner up behind compatriot and Williams rookie George Russell in Formula Two last year, is regarded as a driver of the future.

The sixth-placed finish was McLaren’s best result since double world champion Fernando Alonso, who left at the end of 2018, was fifth last year in Australia.

Sainz was also competitive on Sunday as he took the fight to Max Verstappen before contact with the Red Bull driver took the Spaniard out of contention and eventually led to his retirement.

It pointed to encouraging signs of progress for a Renault-powered team that last year had been expecting to score podiums but finished sixth overall out of 10.

McLaren still outdid Renault’s own factory team with Daniel Ricciardo and Nico Hulkenberg forced out of the race within a few seconds of each other.