After Melbourne dominance where did Mercedes power go? 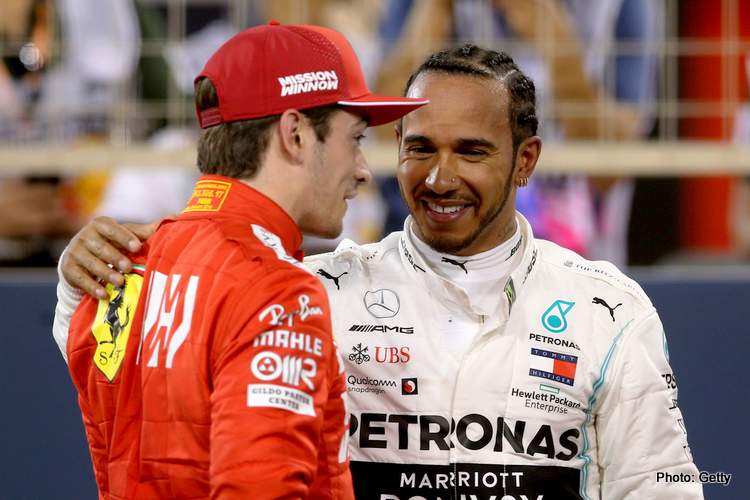 Lewis Hamilton was still spoiling for a fight with Ferrari after Bahrain Grand Prix qualifying left Formula 1 champions Mercedes lagging behind their Italian rivals on Saturday.

Dominant in the Australian season-opener two weeks ago, Mercedes have found themselves on the back foot at Sakhir against a team who have recovered their impressive pace from pre-season testing.

In Melbourne, Mercedes locked out the front row and finished first and second but third and fourth on the grid was the best Hamilton and Australian winner Valtteri Bottas could manage on Saturday.

The pair never really looked in contention, with Ferrari fastest in every practice session and sweeping the front row in qualifying, and Charles Leclerc was 0.3 seconds quicker than five-times world champion Hamilton.

The Briton said Sunday was looking interesting, “We’re going to give them a good fight, that’s for sure. They’ve showed incredible pace but it doesn’t mean they can’t be beat. We’re going work on it, keep our heads down and see what happens.”

Team boss Toto Wolff said the outcome of qualifying was to be expected after the practice times.

“It is a bit of a disappointment because it’s a gap and we need to analyse where that comes from,” added the Austrian, whose team have won both championships for the past five seasons.

In truth, Mercedes had always expected Ferrari to bounce back in Bahrain. The Italian outfit had started the season as the team to beat after setting the timing screens alight in winter testing and their form at Albert Park, regarded as an outlier, was seen as a one-off.

Bahrain’s more traditional 5.4km long layout has always been much more to Ferrari’s taste — maybe even flattering their car.

“It’s too far now,” said Wolff about the turnaround. “We expected to fight. In Melbourne, it swung very much into our advantage. It came the other way around here in Bahrain.”

Ferrari’s advantage lay mainly in their speed down the circuit’s long straights, Wolff said, with the Austrian estimating his team’s cars were losing up to half a second to their red rivals there.

The two teams should be more evenly matched for race pace and are likely to be waging something of a private battle on Sunday.

Bahrain has never been won, in 14 previous editions, by any driver starting outside the top four on the grid — which could still put Hamilton and Bottas in the fight for victory.

Big Question: Where did Mercedes pace go since Melbourne?