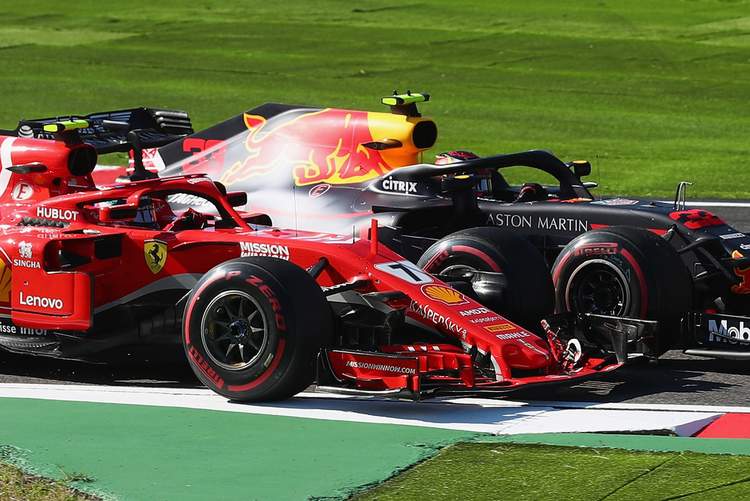 Max Verstappen’s stubbornness under attack is legendary, he took it to another level on Sunday when he fended off both Ferrari’s during the Japanese Grand Prix, in both instances, the Red Bull driver tripped up the attacking red cars to hold on to his third place position, where he ended despite a five seconds penalty for his shenanigans.

Inadvertently, the Dutchman’s actions may well have put the final nail in the championship coffin for Ferrari and their driver Sebastian Vettel

The Vettel incident occurred on lap eight, with the Ferrari driver on a charge after starting eighth. After witnessing Verstappen’s squeeze on Kimi Raikkonen in the sister Ferrari, Vettel, with a clear advantage at that point in the race, tucked behind the Red Bull.

Perhaps too impatient? Misjudgment? Whatever the case it proved to be a costly mistake by Vettel to try and overtake on the inside of Verstappen through the flat-out Spoon Curve.

Horner said of the clash between his current driver and former driver, “For me, it was a racing incident so the stewards came with the right decision, and I think it was too late by then. Max is never going to give an inch and its cost him today.”

Prior to his clash with Vettel, Verstappen had also been in the wars with Raikkonen, the Finn coming off second best when the blue car cut the final chicane, bounced back onto the track into the path of the Ferrari, forcing it on to the sand.

Race stewards looked at the incident and dished out a five seconds penalty: “Car 33 left the track at turn 16 and re-joined unsafely.”

Of the Raikkonen incident, Horner said, “Max made the mistake with Kimi over the grass and he just runs out of space, so how do you get out of the way? He was lucky to come away without much damage, and he got the penalty and he was still able to get out ahead of Kimi.”

“Under race conditions we were competitive. We lost some aerodynamic load as we had some damage from the Kimi incident, but Max was putting pressure on Valtteri at the end and I think we just ran out of laps.”

“We were right on the red line giving everything we could, there’s only one DRS zone here so for Max to get so close to Valtteri even with a penalty at the end is fantastic,” added the Red Bull team chief.