Alonso: Kazuki did an extraordinary lap 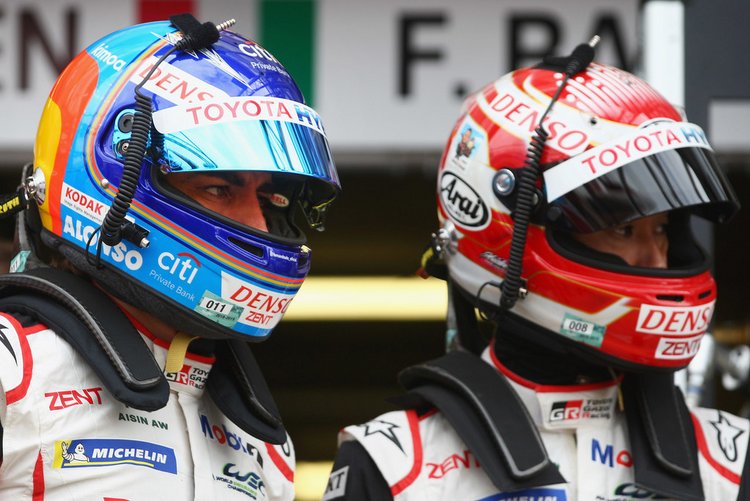 Amid the huge attention surrounding his debut at the 86th edition of the Le Mans 24 Hour race, Fernando Alonso was humble in his praise for teammate Kazuki Nakajima who drove the #8 Toyota Gazoo Racing to pole position for the world’s most famous endurance race in a car they will share with Sebastien Buemi.

Speaking after the late night session, Alonso told reporters, “Kazuki did an extraordinary lap and there was no need to improve it, so all the credit to him. Starting first and second, I hope we can have a good race.”

“We have a very strong team, Kazuki did some impressive laps, we put everything in his hands and he delivered, so big congratulations to him.”

At the same time, Alonso tempered expectations, “We know that this is probably the least important qualifying of our life, because a 24-hour race is very long and where you line-up on the grid not important.”

“But Kazuki did a fantastic lap and we have managed a double with Toyota, which is what we wanted. Now we have to prepare for the race, we will do our best, even at night and with rain, we kept learning and adapting to the different conditions.”

Despite Alonso’s huge experience, he is a Le Mans rookie learning alongside two illustrious sports car drivers in Nakajima and Buemi.

The two days of track running have provided Alonso with a myriad of conditions that are likely to prevail during the course of the race, culminating with a 50 minutes stint after the rain, late at night which he admitted was his most valuable time in the car.