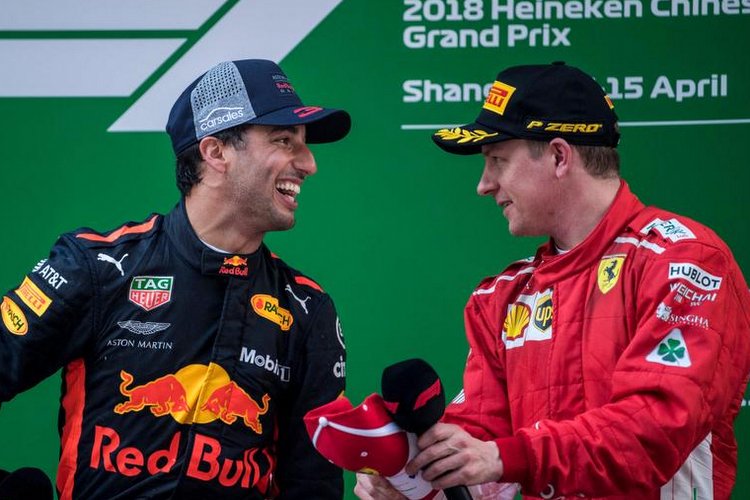 Daniel Ricciardo’s future beyond 2018 is still not decided, the Australian is keen to delay his decision as late as possible but his Red Bull bosses have warned that they are starting to get impatient as word has leaked out that the 28-year-old is locked in talks with Ferrari.

Red Bull F1 chief Christian Horner told Auto Motor und Sport, “We do not want to wait forever on Ricciardo, we have other good options. There should be a decision by the summer break [August] at the latest.”

However various sources in the paddock claim that behind-the-scenes Red Bull are pushing for an earlier decision, wanting some kind of confirmation from their driver before the Formula 1 circus heads to Canada in June. But apparently, this may not be possible…

Ricciardo’s shares have shot up since his victory in China last time out but in fairness, he has been on the Ferrari radar for some time, while Mercedes are also said to be interested should he decide to depart his current team.

Word in the paddock is that the Aussie has started talks with Ferrari for a possible place alongside Sebastian Vettel in the Italian team, replacing 38-year-old veteran Kimi Raikkonen who would then retire from F1 at the end of this season.

Furthermore, Ferrari are said to have penned a deal with Ricciardo barring him from negotiating with any other team, including Red Bull, until 1 July.

According to Gazzetta dello Sport, Ricciardo is seeking a two-year deal and wants €27-million per year from the team he drives for beyond this season.

Motorsport Magazine report: “There are many different types of contractual options, but this one is said to be on both sides up to a defined date (believed to be June 30). Up until that time, neither party can officially negotiate with another.”

“Because the driver is effectively locking himself out of the market for that time, discussions for his post-2018 services are contractually ‘owned’ by the team (in this case Ferrari).”

“As such, he will be paid a fee. Between now and then he and Ferrari can negotiate about a future contract. This is all conventional F1 practice,” concluded the report.

In the light of this, Horner added, “Our priority is to continue working with Daniel, but if that does not work, we have attractive options. The most obvious is Carlos Sainz. He is under contract with us. And then there are a few young drivers.”

Horner is referring to the fact that Sainz is on loan to Renault, with the proviso that he steps up to the energy drinks outfit should Ricciardo be snapped up by a rival team.

Meanwhile, Ricciardo hinted that he is not seeking a long-term deal when he told The Times, “I feel like life is happening pretty fast. Each year something might change so I don’t want to tie myself down for four more years and then I’m like: I don’t want to do this any more.”

“Ideally I’d sign a two-year contract. I think two years I can definitely be comfortable with and then see it from there. That third year will be the rule change so I will probably wait and see what happens then,” added Ricciardo.

Big Question: What is best for Daniel?