Alonso: Some of our expectations were unrealistic 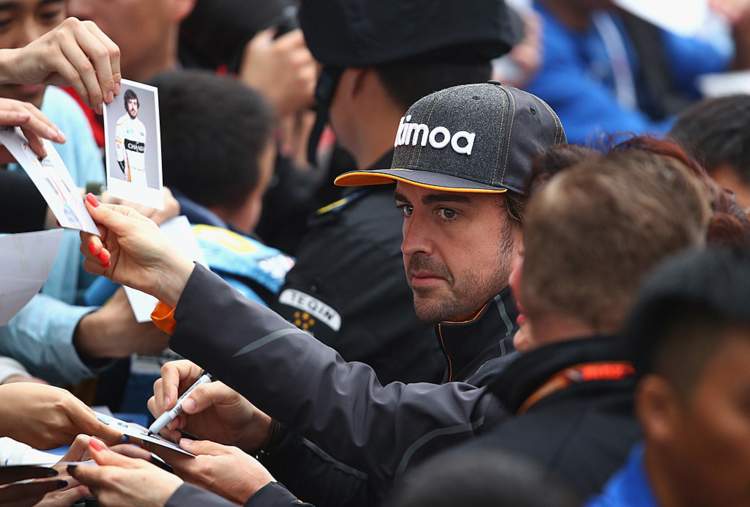 With McLaren seemingly confined to midfield mediocrity for yet another year, speculation is doing the rounds in the Formula 1 paddock that 36-year-old Fernando Alonso could be looking for a way out and eying a drive with one of the ‘Big Three’ teams in 2019.

But in Shanghai, Alonso denied the rumours when he told AS, “I am happy where I am now. There are many things that we will change and we will become more competitive.

“I think that in the next couple of months, McLaren will be the place to be. This is the message for our fans, and the people who support us. For me, dreams do not count, only facts do. When looking at it without emotion, I realise: we had a good start to the season.”

Stats back the Spaniard’s claim. Last year this time after the first two races he had two DNFs beside his name, but this year he was fifth in Australia and seventh in Bahrain.

However, the fact is that the current McLaren-Renault package at his disposal is highly unlikely to power him to victory and even podiums are a pipe dream for the double F1 World Champion.

Thus it came as no surprise that Alonso’s longtime mentor, confidante and one-time manager Flavio Briatore is the one who triggered the rumours during an interview on Italian radio.

“Flavio wants the best for me in terms of results. Over the last two or three years, there have been three teams ahead of the others, so I understand what he is trying to say,” explained Alonso.

Mercedes, Ferrari and Red Bull are heavily invested in their star drivers Lewis Hamilton, Sebastian Vettel and Max Verstappen, but what the future holds for Valtteri Bottas, Kimi Raikkonen and Daniel Ricciardo remains to be seen.

For McLaren and Alonso, much hinges on their new era with Renault power but two races into this season they are not much better off than when they were powered by Honda.

Alonso admitted, “Some of our expectations were unrealistic. I don’t know how we can come up with fantastic things when the rules are stable like this year. We have a Renault power unit, as other teams do. Perhaps the difference is due to the settings or the design of the car.”

“We need to understand why, but I’m sure that in the next few races we will find a solution,” added the Spaniard who has not celebrated on a grand prix podium since 2014 – a 77 race drought.

After the first day of practice for the Chinese Grand Prix, Alonso’s best lap time was three-quarters of a second down on Max Verstappen’s best time in the Renault powered Red Bull and three tenths shy of Hulkenberg in the Renault.