Blundell: Bottas lacks aggression and a bit of fight 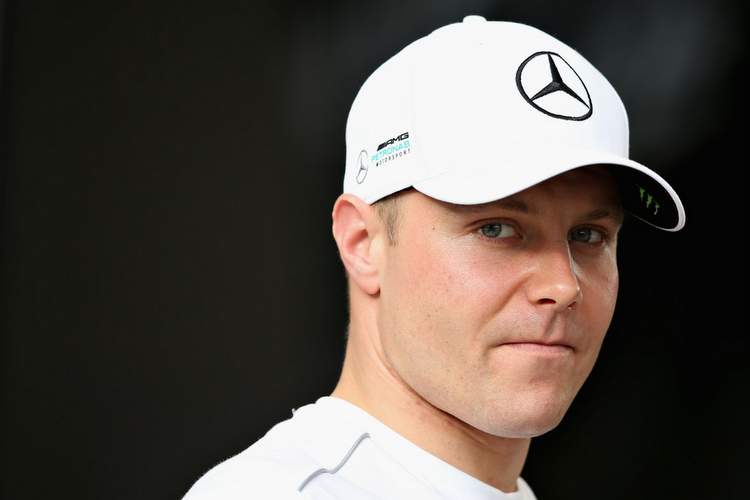 The final laps of the Bahrain Grand Prix were riveting but in the end anti-climatic, with the Ferrari of Sebastian Vettel on soft Pirelli tyres, almost down to the canvas, hunted down by the Mercedes of Valtteri Bottas but a decisive attack race winning attack never came.

In fact, the only real try Bottas had was a half-hearted attempt heading in to Turn 1 on the final lap. It was a submissive stab rather than a guns-a-blazing ambush instead he settled for second place despite that sniff of victory.

Former F1 driver Mark Blundell believes that Bottas lacks a killer’s instinct and told Sky Sports, “He bottled it. He had the car underneath him, he had the tyres underneath him with the performance left in them. He saw the opportunity but I don’t think he took it.”

“If it had been Hamilton, I think you would have seen that move at least attempted. I think he is a fantastic driver but he lacks some aggression and a little bit of fight. I think there are other drivers that have capabilities that could sit alongside Hamilton.”

Bottas was drafted into the Silver Arrows at the start of last year to replace retiring Nico Rosberg. He got off to a solid start with the world champion team, but in the latter half of the season, he simply could not match Hamilton.

The Finn’s deal with the team has been on a year-by-year basis suggesting, that despite his tight connection to Toto Wolff, he has yet to convince them he is the real deal for the long term.

Blundell continued, “You have got to consider, you are placing somebody alongside Lewis. In my eyes, there are not many people who are going to match Lewis, so it’s always going to be a difficult choice to make.”

“Bottas is solid, but in that kind of situation I think he should have gone for it and there were points, and a win, left on the table.”

By Vettel’s own admission he was handed a healthy dollop of luck in Australia and to a certain extent that good fortune carried on to Bahrain for his side of the Ferrari pit garage.

But Blundell is not convinced that fortune has had much to do with how things have panned ahead of round three in China, “I don’t think there’s any luck there. Ferrari did what they needed to do and it’s great to see them winning races again.”

“For Sebastian Vettel to be leading the world championship for Ferrari, and for Mercedes to now be on the back foot and trying to now compete is fantastic for the sport.”

“Ferrari put some work in over the winter, that’s clear to see and they’ve definitely made some inroads on the performance side. I think Mercedes have maybe just been sitting on their laurels a little bit and Ferrari have come out and been strong.”

“Now you have given Vettel confidence and he can see light at the end of the tunnel with a world championship, he’s going to be a tough act to follow,” warned Blundell who competed in Formula 1 from 1991 to 1995 with Brabham, Ligier, Tyrrell and McLaren.