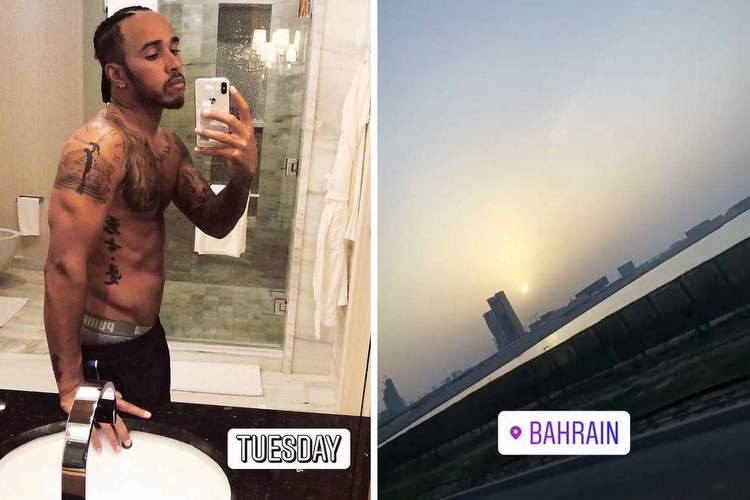 Lewis Hamilton arrived in Bahrain, sporting a new look hairstyle while showing off his muscled torso covered in tattoos, knowing he needs to bounce back from an unexpected defeat in the season-opening Australian Grand Prix.

On the eve of the Bahrain Grand Prix weekend, the four times Formula 1 world champion was back in full swing on Instagram, after months of neglecting to use his social media platforms.

Photos he posted shows Hamilton’s new hairstyle as well as tattoos on his torso taken with a selfie in the mirror of a luxury bathroom. The Mercedes driver also posted a video of the sun setting over the island kingdom.

Perhaps the new look will spur him this weekend at Sakhir where he will seek to return to the top step of the podium.

Hamilton will want to do as he did at the venue in 2014 and 2015, namely, claim victory under lights. Off the dominant performance he had Down Under, betting against him and Mercedes bouncing back from a ridiculous strategy blunder would be foolish.

Ahead of round two of the championship, Hamilton declared, “It feels like a dark cloud but it’s not. We have a great car, we are still the world champions and with a couple of adjustments we can win the next race.”

Is the revamped hairstyle one of those adjustments?