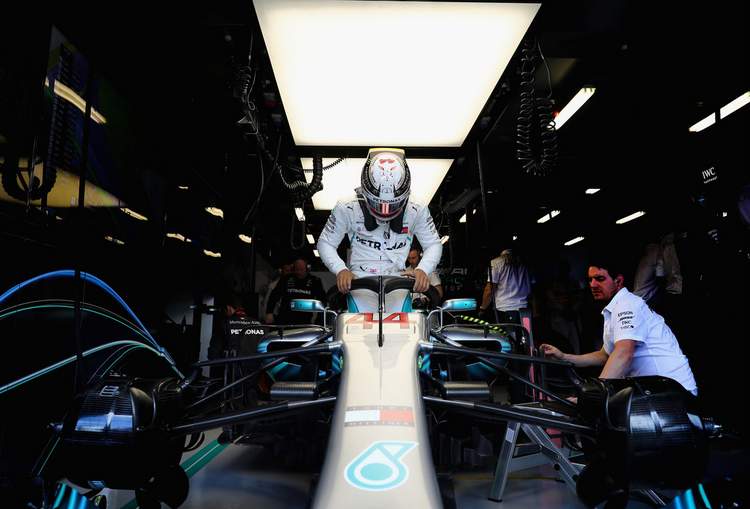 Mercedes and their star driver Lewis Hamilton will be on a redemption mission and going all out to secure maximum points, and equal a Formula 1 record, at the Bahrain Grand Prix on Sunday after victory was plucked from their grasp in the Australian season-opener.

Four times F1 world champion Hamilton has scored points in his last 26 races, one short of Kimi Raikkonen’s unprecedented run of 27 with Lotus in 2012-2013, and stood on the podium in 19 of them.

The 33-year-old Briton, who last drew a blank when he retired with a blown engine while leading the 2016 Malaysian Grand Prix, will nevertheless be looking to make a statement as he moves on from Melbourne.

Hamilton was on his way to a comfortable win from pole position at Albert Park when an ill-timed virtual safety car and a computer bug threw Mercedes’ strategy predictions off and handed victory to Ferrari rival Sebastian Vettel instead.

After the season opener, Hamilton said, “It feels like a dark cloud but it’s not. We have a great car, we are still the world champions and with a couple of adjustments we can win the next race.”

Hamilton has taken two of Mercedes’s three wins from the last four years in Bahrain but Vettel and Ferrari broke the stranglehold last year when Bahrain followed China as the third round of the season.

Mercedes chief Toto Wolff is expecting another thriller under the floodlights, “We saw in Melbourne that the Ferraris, in particular, were very quick, so I expect it to be a close battle.”

The circuit’s four long straights could allow Ferrari to edge closer but Vettel — set to start his 200th race — may need another dose of good luck to celebrate an unprecedented fourth win in Bahrain.

Ferrari will also have to watch out for Red Bull, whose Australian driver Daniel Ricciardo set the fastest lap in Melbourne and piled the pressure on Raikkonen in his bid for a home podium.

“The track is one that I’ve always done well on,” said Ricciardo, whose lowest finish in Bahrain since he stepped up to Red Bull in 2014 is sixth. “So let’s hope it continues to be good to me.”

Sunday will also set the stage for another hard-fought midfield battle.

McLaren, who have Bahrain’s Mumtalakat Holding Company as major shareholders, will hope to win that one after ending their first race with new engine partners Renault solidly in the points.

But they will have to overcome a Haas team whose Ferrari-powered car drew intense scrutiny after they stunned rivals with their pace in the opener.

The American team will be hoping to put behind them the disappointment of having both drivers retire in Melbourne after botched pitstops while on course for a best-ever result.

Off the track, the big story will be a presentation to teams by commercial rights holder Liberty Media and governing FIA of how they see the future unfolding after current agreements expire at the end of 2020.

New engine regulations are a key part of that, with the focus also on Ferrari after the Italian team threatened to walk away from Formula One if they do not like what is being proposed.