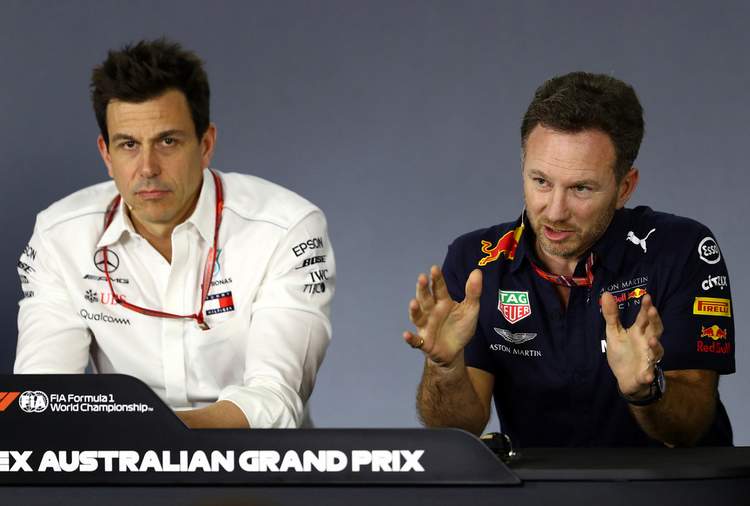 Christian Horner has admitted that his Red Bull team covet the Mercedes ‘party mode’ that gained instant fame during the season-opening Australian Grand Prix weekend while suggesting Formula 1 a tweak to Formula 1 rules that would discourage the world champions from using their ‘weapon’ during qualifying.

After qualifying at Albert Park, Mercedes chief Toto Wolff admitted the maxed-out ‘party mode’ was used during Hamilton’s jaw-dropping pole-winning time, a massive seven tenths clear of his closest rival at the end of qualifying.

Horner pointed out, “Lewis’ time came predominantly between Q2 and Q3. They have a qualy mode that they don’t need to use in the earlier parts of qualifying, because why stress the engine?”

And proposed a ‘cure’ to discourage Mercedes from using it, “Like you have parc ferme when the cars leave for qualifying, maybe engine modes should be the same from the moment you leave the garage to the end of the grand prix,”

After the race of the season, evidence suggests that Mercedes have the upper hand again in the engine power battle, with Ferrari possibly on the same level or s step down, but Renault are still lacking in the horsepower department.

Red Bull drivers Daniel Ricciardo and Max Verstappen finished fourth and sixth respectively in the race on Sunday, never seriously challenging Ferrari or Mercedes during the course of the weekend.

Horner pointed out, “You only have to look [at Saturday’s] speed traps where all the Renault engines were grouped together with varying amounts of downforce on the car. That is where we need to make progress.”

“There are bits in the pipeline. Renault are not divulging everything that they’re up to but it’s certainly something that we’re pushing for.”

“We’ve got one lap [in clean air] in the grand prix to judge our pace on which Daniel set the fastest lap of the race on. I think we have a quick race car, it’s just unfortunate on this track not to be able to use it.

“Taking the positives out of the weekend, it’s the first time in the hybrid era we have got two cars to the finish [in Melbouyrne]. We got the fastest lap of the race, and that wasn’t through putting a set of ultrasofts on – it was genuine pace. I think we have a quick race car.”

“The negative for us is still the deficit in qualifying. The party mode, we’d like to go to Lewis’ party,” quipped the Red Bull F1 team chief.