Five things we learned from the Australian Grand Prix 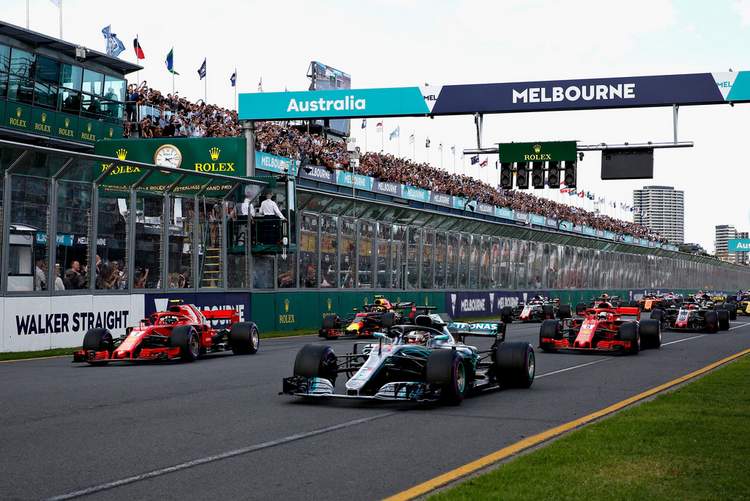 Ferrari driver Sebastian Vettel won the Australian Grand Prix, Round 1 of the 2018 Formula 1 World Championship, in Melbourne. Here are five things we learned from the weekend at Albert Park:

Hamilton still the man to beat

While Sebastian Vettel’s win was a great boost for Ferrari, the Italian team will know they enjoyed a huge slice of luck and are still playing catch-up with the Mercedes of Lewis Hamilton.

Hamilton was blisteringly quick as he grabbed pole position by the massive margin – and with it made ‘party mode’ the buzzword of the early season – more than half a second was the gap to his nearest rival.

The reigning world champion would have cruised to victory had his team not blundered the strategy during the virtual safety car period which allowed Vettel to steal the lead and claim an unlikely victory.

Hamilton was still able to close on Vettel at will and only the impossibility of overtaking at Albert Park – statistically the second most difficult passing circuit on the calendar – caused the reigning champion to back off in the closing laps and save his engine for another day.

Then there were three

Although they desire the magic ‘party mode‘ Red Bull showed signs that alongside Ferrari – who had two men on the podium – they can make it a three-way fight for the constructors’ title with Mercedes this year.

Daniel Ricciardo was all over the back of Kimi Raikkonen’s Ferrari and only just missed out on the podium after fighting back from eighth position on the grid after a penalty. Max Verstappen, who worked his way back to sixth after spinning early in the race, is not likely to endure such an untidy grand prix again.

But the switch to a Renault power unit seems to have put a spring in his step of the Spaniard as he finished a fighting fifth with teammate Stoffel Vandoorne also scoring points in ninth.

“With some updates to come in the next few races we can start to look ahead a little bit and Red Bull will be the next target,” Alonso smiled after the race. “Things are going to get better and better.”

Haas strong despite the comedy of errors

The American team carried their surprising speed from pre-season testing into the race where Haas’s Kevin Magnussen and Romain Grosjean ran just behind Hamilton and the Ferraris but held off the rest of the pack with ease – at least until they had to stop for new tyres.

Two disastrous pit stops meant two retirements due to loosely attached wheels with both cars grinding to a halt out on the circuit after looking on course for top-five finishes. No prizes for guessing what the Haas pit crews will be practising ahead of Bahrain in two weeks’ time.

Sergey Sirotkin’s Formula 1 debut lasted just five laps when his Williams conked out at turn 13 with a sudden loss of braking. So was it a loss of hydraulics that caused his demise? Far from it, the Russian said, it was all down to a spectator’s sandwich.

Sirotkin was convinced a sandwich wrapping being sucked into the brake duct was to blame. “You would not believe what happened: it was a plastic sandwich bag, which went into the rear-right brake duct.”

“Yes, that’s how exciting it is. It was a big bag, a big sandwich bag,” he complained.