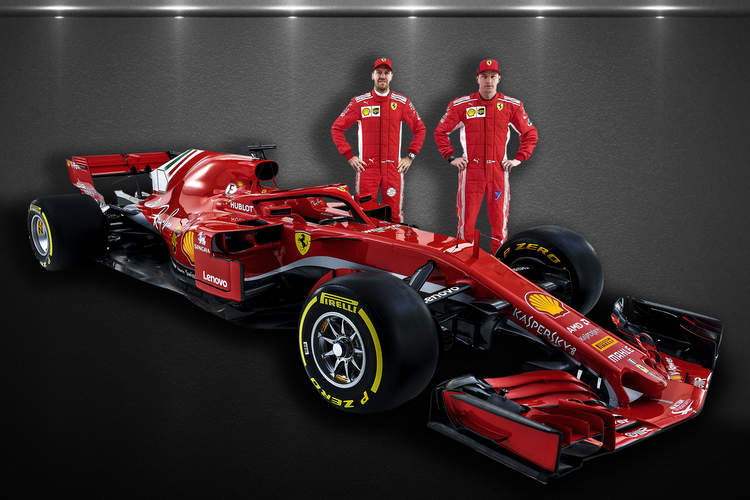 Ahead of the opening race of the 2018 Formula One season in Australia on March 25, we contemplate Ferrari’s chances of finally putting an end to Mercedes’ stranglehold and delivering a first world champion since 2007.

The jostling for top spot between Sebastian Vettel and Lewis Hamilton offered encouragement that Ferrari could pose a real threat to Mercedes last year, but his challenge faded after the summer break and Kimi Raikkonen’s long wait for a race win continued.

Vettel ended the season 46 points adrift of Hamilton and with Valtteri Bottas breathing down his neck, while the team finished 146 points behind Mercedes in the constructors’ championship.

Vettel is no stranger to success in F1, having won four straight world titles between 2010 and 2013, and last year represented his best season since joining the Scuderia. After a winless 2016, five victories in 2017 will have come as a welcome boost to the German. However, he will hope to mount a more sustained challenge against Hamilton this year, with Red Bull also expected to have made advances during the close-season.

Vettel: “We’re starting from a good base with our SF71H car. Now we’ll have to work on development to further explore and improve its potential. I have a lot of confidence in our team, I know how skilled and committed the guys in Maranello are.”

Given Ferrari’s pedigree in F1 it seems incredible that Raikkonen was the last man to win the drivers’ title for the Maranello-based outfit way back in 2007. The goal for veteran Raikkonen this season must be to end his 94-race wait between Grand Prix wins. He is only five short of Riccardo Patrese’s record of 99.

Raikkonen: “Overall, I feel we have a good package. The car gives me a good feeling and, even if there are still a lot of things to improve, its reasonably easy to drive and it reacts to the various set-up changes. However, no one can say where we really are, compared to our rivals. We’ll have a better idea in a couple of weeks in Melbourne and then, in general, after the first few races of the season. I like racing and I can’t wait to start.”

Ferrari certainly have the pace to compete with Mercedes but only with greater reliability will they trouble the sport’s dominant force. They should also be wary of any improvement from Red Bull.