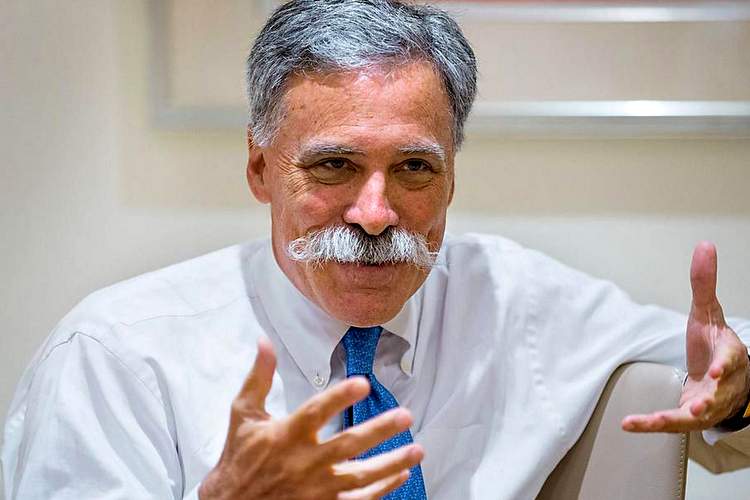 Formula 1 chief Chase Carey to give fans what they want but he is adamant that this should be coupled with change to fill grandstands and grow the fanbase through the internet and modern social media tools which the sport neglected during the Bernie Ecclestone era.

Carey told Sport Bild, “The fans are incredibly important to us because Europe is our base. Our motto is therefore: same game, different approach.”

“We want to create a product that includes everything that the fans grew up with, but that is not frozen in time. If you do not allow change you cannot grow.”

“Bernie Ecclestone said in 2016 that he would not buy a ticket to a grand prix. There was a negative spiral and we had to break it.”

Carey is enthused by the numerous intrigues and plots that F1 can generate with the current cast, “Lewis Hamilton is a very special personality. Half of Holland comes to the races to see Max Verstappen.”

“Ferrari is the brightest light in this sport if they can win the title with Sebastian Vettel it will be fitting that another German, after Michael Schumacher, takes the team to the top again.”

As for his wish for 2018, Carey helped himself to a few,  “I wish for competition and drama. Last year it was too much of a duel between only Sebastian Vettel and Lewis Hamilton. I wish that sometimes an underdog would win and not only the favourites…”

“Also, after the heartache of 2017 can Fernando Alonso return to the top? Can McLaren be a force again with Renault power? Will Verstappen have better luck this season than he had during the first half of 2017?”

Those would be the ideal scenarios for me,” concluded Carey.