Prost: F1 engines today cheaper than when I ran my team 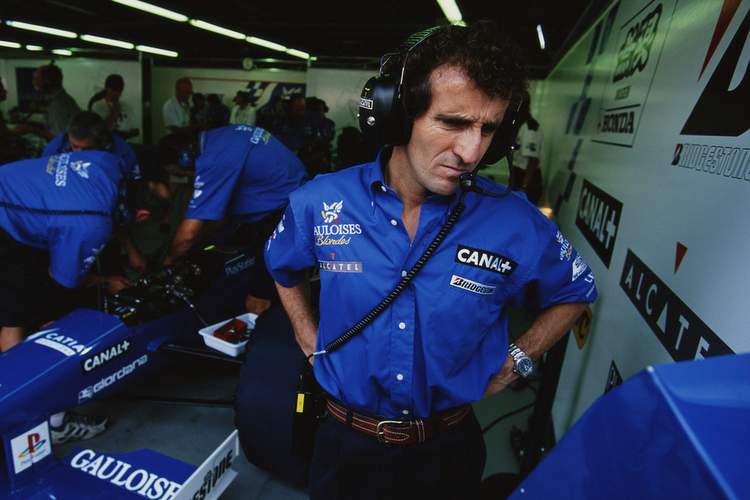 Renault brand ambassador and Formula 1 legend Alain Prost has spoken up in support of the current hybrid turbo engines claiming they are not as expensive as people suggest while comparing engine costs today to when he ran his own team at the pinnacle of the sport.

Prost Grand Prix was an F1 team started by the four times world champion in 1997, they competed in 83 grands prix before the project went bankrupt in 2002.

“Today, we’re between $15 and $17 million per engine. Engine manufacturers have therefore brought the costs down and for highly more complex engines.”

Prost has set views on how the sport should progress beyond the current engine formula but admits that he wants more clarity from Liberty Media’s current proposals for the future of the sport at the highest level.

Prost said, “It’s fine to simplify the engines, take out the MGU-H and reduce costs. But if we’re talking about a budget cap, than we need to visit other areas of the technical rules, like aerodynamics. It’s not all clear.”

Meanwhile, with regards to Prost’s claims that his engine budget in 2001 was $28-million, former Cosworth chief Mark Gallagher tweeted: “Not sure why the great Alain is comparing today’s engine costs with 2001-2002.”

“Until 2013 you could have a V8 engine supply for $6.8-million at today’s exchange rate. Unless of course, you are pushing a manufacturer’s agenda to sustain the cost of engines to customers eg. Red Bull and McLaren.”

“He had the Peugeot deal after we kicked it into touch at Jordan and went with the race-winning Mugen Honda engines. In 2001 he used the Acer badged Ferraris and naturally, Ferrari charged full whack.”

“I know what Jordan actually paid during the same time period Alain had his team going. Being charged $28-million for Acer engines in 2001 was nuts. My point is, he is comparing now with 17 years ago, when in reality you only need to go back five years to reflect on costs,” he added.