Zetsche: We are 100% aligned with Ferrari 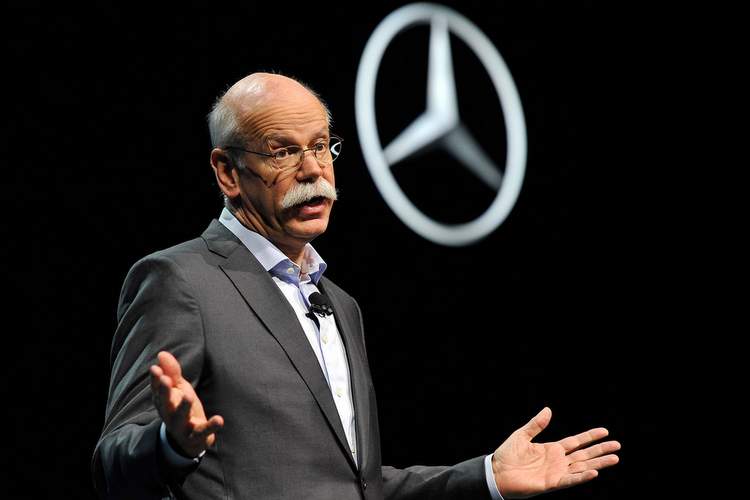 Mercedes big boss Dieter Zetsche has backed his F1 team chief Toto Wolff and aligned the German manufacturer with Ferrari regarding the future direction of Formula 1 under Liberty Media.

In other words, Zetsche’s line of thinking is in tune with Ferrari chairman Sergio Marchionne’s expectations of the sport, but points out that the way they put forth their opinions is what differs.

Zetsche said of Marchionne, “We are the good cop and the bad cop. We beat each other like crazy on the track and try to get every tenth of a second of advantage but at the same time, we are 100% aligned on our thoughts in Formula 1 and our strategic actions in Formula 1. We are good friends.”

Marchionne warned last month, “Making cars all the same with simpler and cheaper engines is like NASCAR, it doesn’t interest us. We need to find a balanced solution for the future that satisfies everyone and I think we will do it in time. Otherwise, Ferrari will leave. If they think we are bluffing, they are playing with fire.”

Wolff was quick to come out in support of Marchionne’s views, which now have Zetsche’s backing too and clearly signals the emergence of two distinct camps as the powers that be attempt to plot the way forward fr F1 beyond 2020.

The Mercedes chief reaffirmed his company’s commitment to the sport at the highest level, “We are there to stay in Formula 1 but of course the platform itself has to stay meaningful and develop positively.”

His team has dominated Formula 1 winning eight titles in four years and remains the pace-setting outfit in the new turbo era, with little end in sight to the domination.

But Zetsche is adamant that it is up to their rivals to close the gap, “I have said many times the best outcome would be winning the championship by one point in the last race. Being on the track last half of last season I was not that sure of my statement!”

As for the future of Formula 1, Zetsche said, “I think it is a pretty good show and there is potential. I think on the digital side much more can be leveraged. There should be opportunities to engage fans, for example, you could sit in your living room and try out for a team on your screen, and try to beat the other teams virtually.”

Big Question: Can Liberty Media get away with ignoring the Ferrari-Mercedes alliance regarding the future direction of Formula 1?