Szafnauer: Esteban is as good as Verstappen 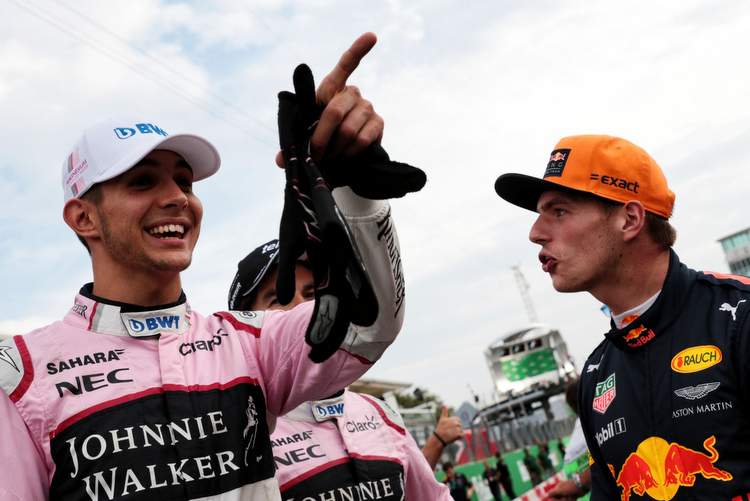 One of the revelations of 2016 Formula 1 World Championship season was Max Verstappen, a year later in 2017 Esteban Ocon was the outstanding youngster of the season and the could well be Formula 1’s next great rivals.

Indeed Ocon’s performance in his first full season with Force India has been attracted much praise, the Frenchman scoring points in 18 of the 20 races and acquitting himself well enough to prompt comparisons with Verstappen who has fast become F1’s hottest commodity.

Stats will show that Ocon has already beaten Verstappen when the pair went toe-to-toe in the 2014 European Formula 3 championship. Ocon scored 478 points and nine victories, while the Dutchman trailed by 67 points on 411 but had ten victories during the course of the season.

Otmar Szafnauer, Force India’s chief operating officer, was asked in an interview if Ocon was as good as Verstappen and replied, “It’s hard to know because they’re driving different cars.”

“But I like to think that Max has just signed a big contract with Red Bull and we’ve got Ocon for probably a hundredth of the price. I think Esteban is just as good.”

For 2017 Force India chose Ocon over Pascal Wehrlein and have no regrets making the decision, “The first time we put Esteban in the car we knew he had something special.”

“He understood the car really well, he had great control of the car and because of that, he was able to take it to the limit very quickly and then describe what he felt. What he wants from the car, something that is very mature for his age recalled Szafnauer.

“I think his greatest achievement is his continuous improvement from where he started in 2017 to where he is now. He has improved in many aspects and I think that’s why he has scored in all the races minus two and presses Checo.”

Sergio Perez versus Ocon was an intriguing sideshow to the big F1 picture of 2017, but with the dust now settled it shows that the experienced Mexican had his hand’s full with the team’s young gun.

Szafnauer believes that if he continues his current rate of progress Ocon will be in high demand in the near future, “They might take him back, and I think the better he does the more likelihood of him stepping into a Mercedes role at some point. But for next year he is with us. We’ll see what the future holds but I think he will continue to improve.”

Ocon versus Verstappen could become Formula 1’s next big rivalry and headline act in the future, and a salubrious one that should be.

Looking back on the Formula 3 battles with Verstappen, Ocon recalls, “I was quicker than him, for sure. I got a lot more poles than he did. I don’t know if I’m quicker than him now, but I think so!”

But acknowledged, “You can’t really compare anymore, you need to be in the same car to fight together. Maybe it’s going to happen at some point, I don’t know. But he’s really doing a good job at the moment and he’s one of the best drivers on the grid.”

Big Question: Is Esteban as good as Max?