Wolff: We will see a better Valtteri in 2018 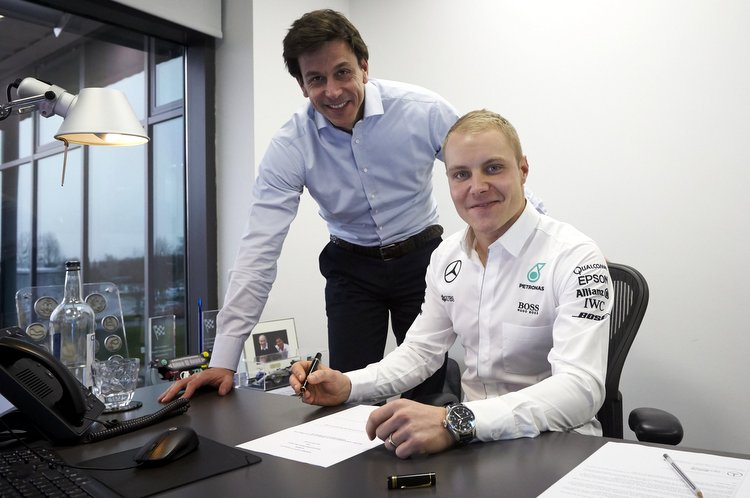 For some Valtteri Bottas had a disappointing season with Mercedes despite finishing second in the 2017 Formula 1 World Championship, winning his first grand prix and another two thereafter, because the Finn failed to challenge eventual champion and teammate Lewis Hamilton.

Asked in an interview with ESPN if Bottas could challenge for the F1 title Mercedes team chief Toto Wolff replied, “That’s what he has to do. We have seen some highlights in Sochi and in Austria and then after the summer Lewis came back very strong and the step that Lewis made up, Valtteri went backwards.”

“He recovered at the end of the season and he is a Finn with a strong never-give-up mentality – Sisu – and I expect him to come back strong with all he learning he has done during the season against the best Formula 1 driver of the current day and age.”

“I think he’s the first one who wants to prove it to himself. He knows the deficits he had during the season and he knows where he had advantages.”

Wolff, who managed Bottas before the Finn joined Mercedes this time last year, explained, “Valtteri, I’ve known for ten years and ten years ago a little kid showed up in the winter in my office with a little pullover, no jacket, no father with him, and he has a super-strong will, an iron will and character, and I have no doubt we will see a better Valtteri in 2018.”

Nico Rosberg, who Bottas replaced at Mercedes, revealed that he “messed” with Lewis Hamilton’s head to beat the Briton to the F1 title in 2016. But Wolff does not believe Bottas will play the same game in his duel with the four times world champion.

“That’s not at all Valtteri’s style,” insisted Wolff. “Valtteri wants to do it on the track in the best possible way and he has driving skills that have worked out for him at certain circuits where he was the one that set the benchmark. Valtteri will improve his weaknesses and continue to work on his strengths.

“What he wants is to be benchmarked against a four-time world champion. He’s brutally honest with himself if he can step up and challenge Lewis he has his place among the greatest drivers in Formula 1. If he doesn’t he’s going to know it and there is no excuse,” added Wolff.