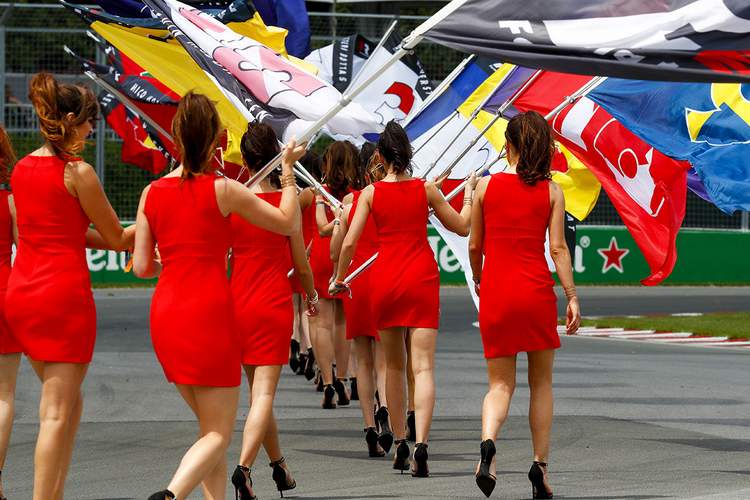 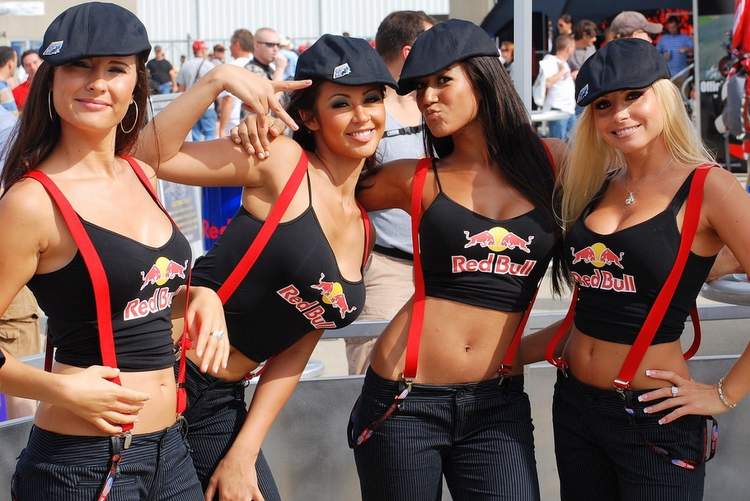 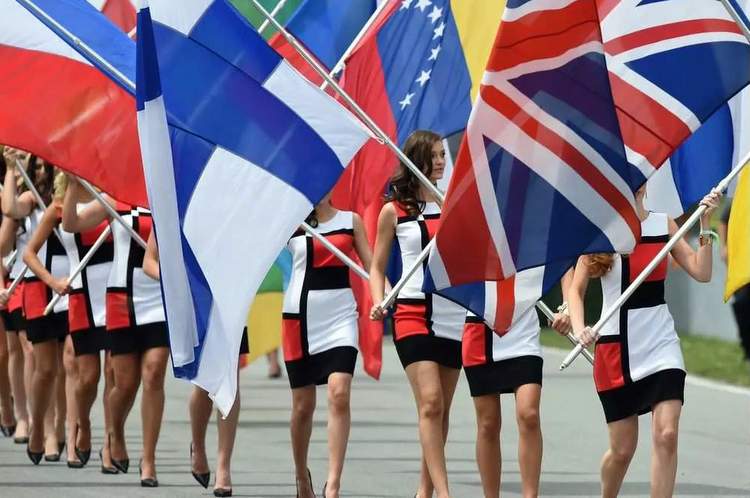 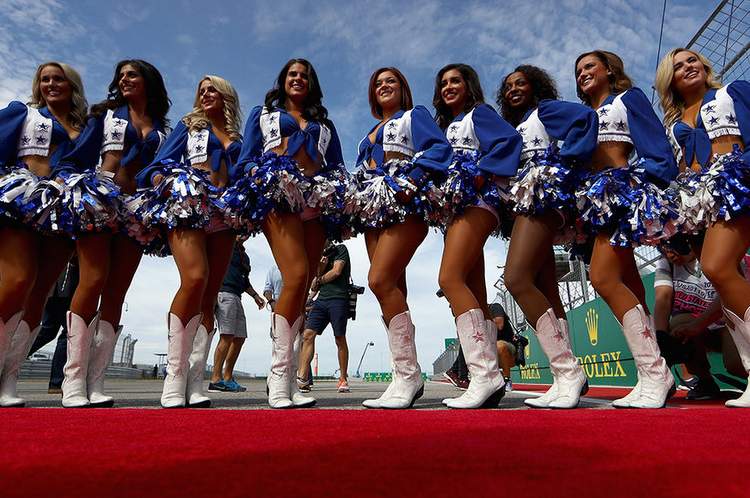 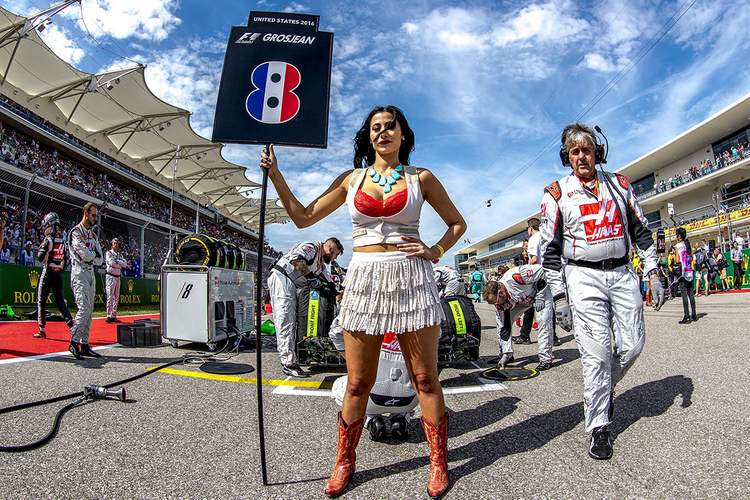 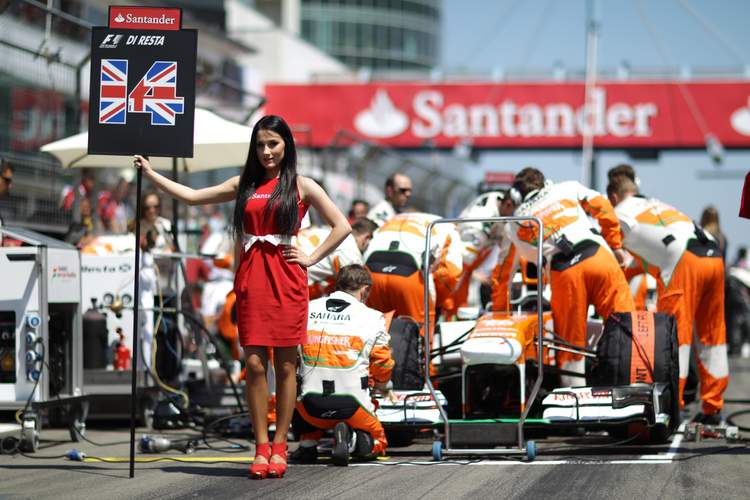 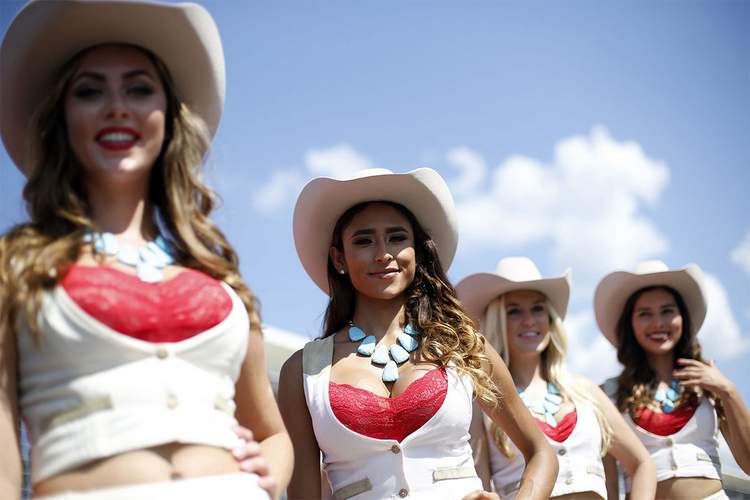 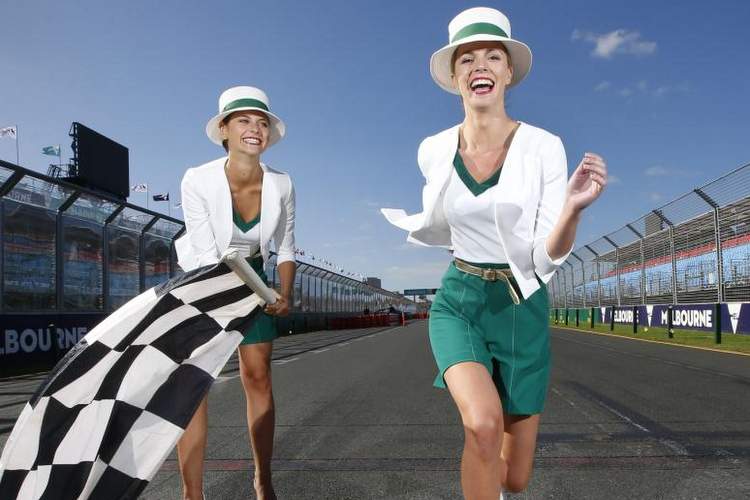 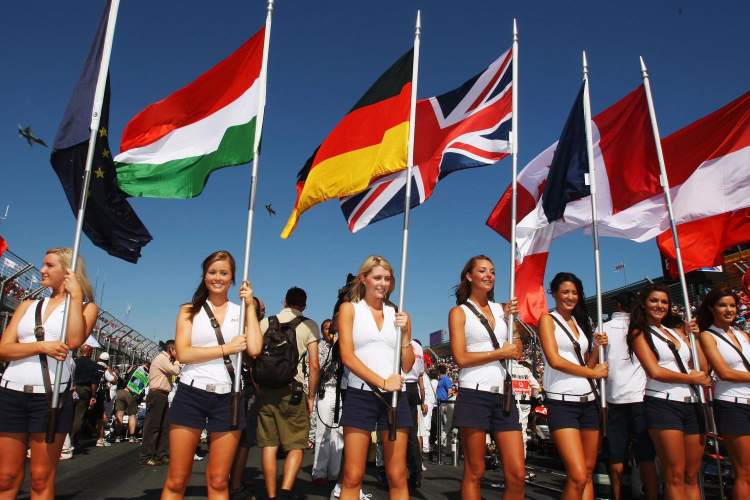 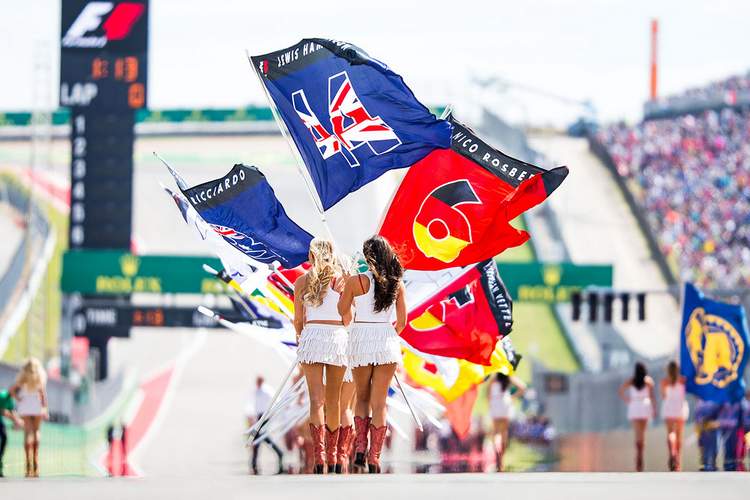 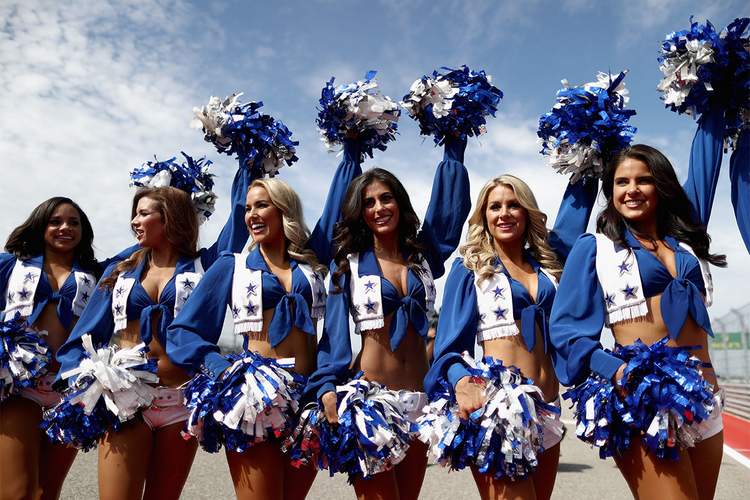 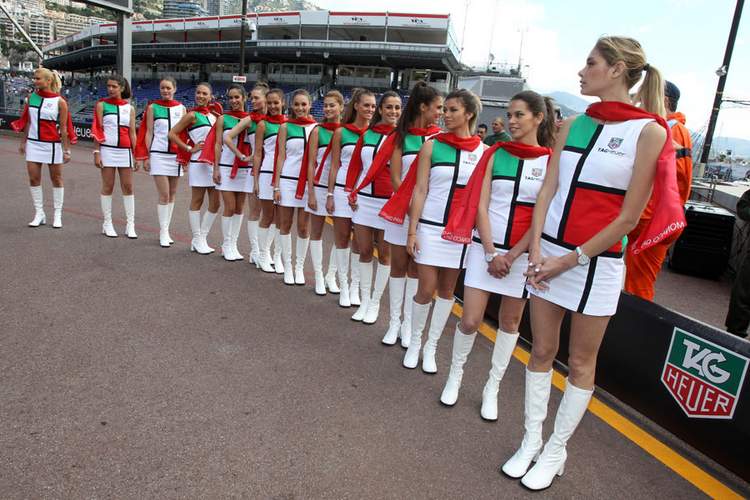 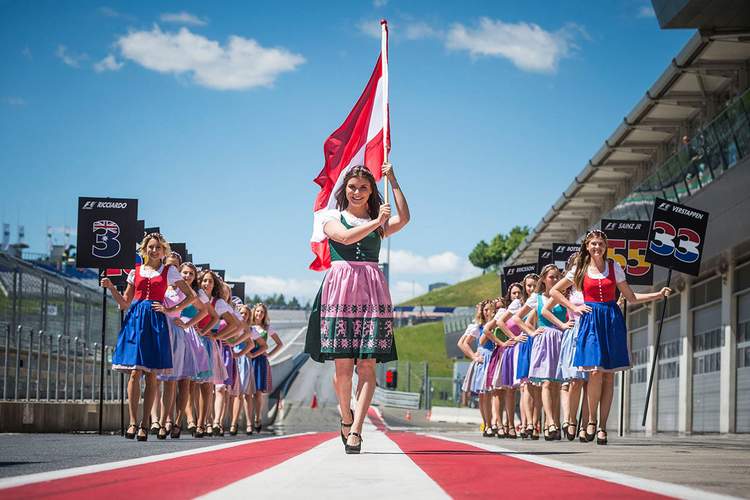 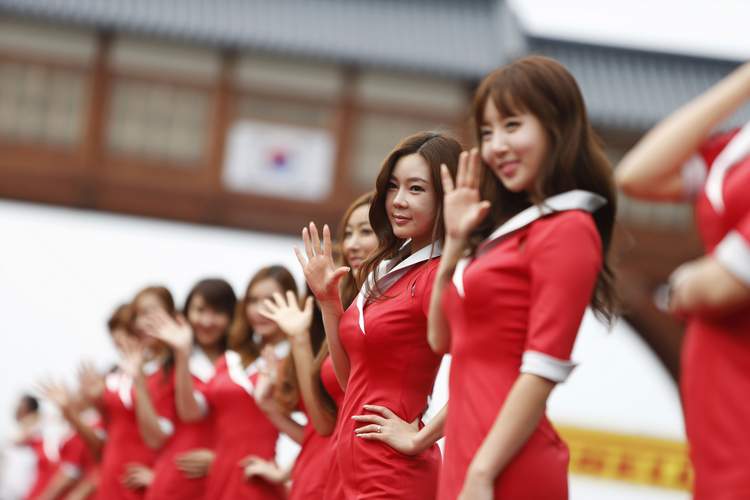 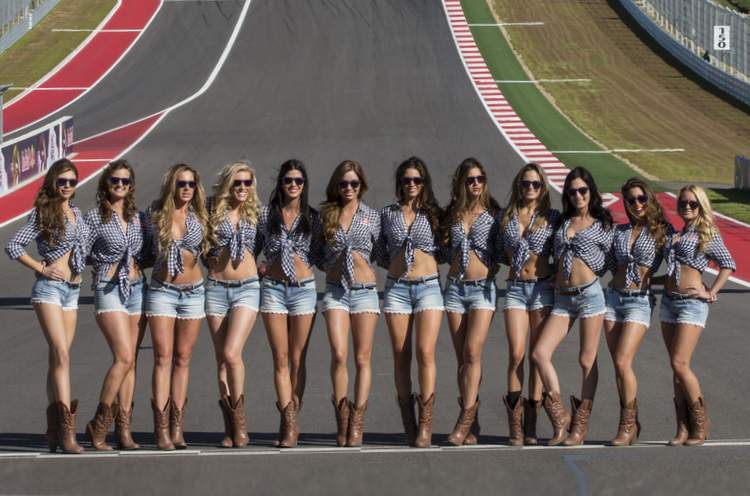 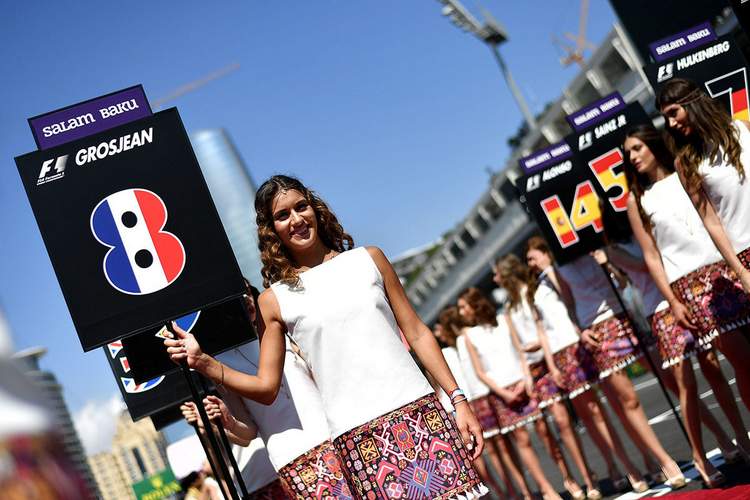 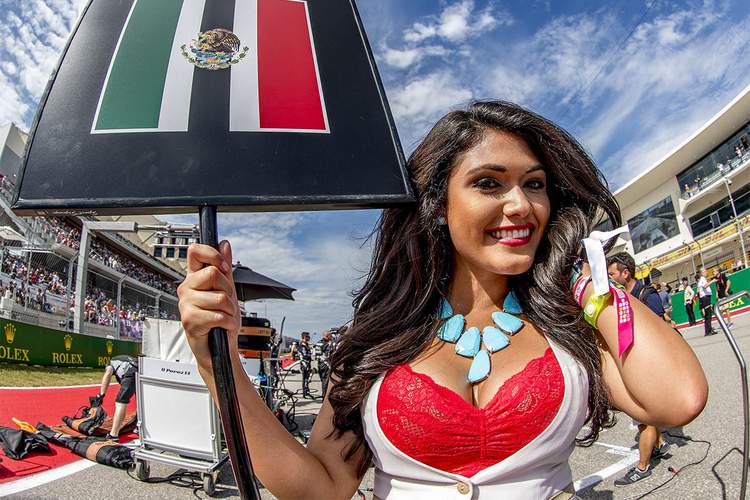 To have grid girls or not to have grid girls is (according to some reports) high on the Liberty Media agenda while far more pressing matters, such as the future of the sport, are on the table and could well trigger a major crisis.

It is not the first time that the issue of F1 grid girls has been in the spotlight, a couple of years ago they even had grid boys in action in a feeble attempt to be politically correct.

Grid girls are part of Formula 1 as cheerleaders have been a staple attraction in NFL, NBA. MotoGP and a myriad of other sports that use attractive ladies to inject glamour into an event.

Last week the issue went viral when F1 motorsport chief Ross Brawn said during a BBC interview, “We’re trying to respect all parties. There’s a lot of people respect the tradition of the grid girls and there are people who feel that it has become a bit dated, so we’re addressing that.”

When the issue grabbed headlines last time around, Susie Wolff had an interesting opinion, “I don’t think F1 or other motorsport series have to change to attract more women. I think any woman you ask would not want it to be changed. There should be grid girls. It’s part of Formula 1, it’s part of motorsport, it’s part of the glamour.”

In 2015 Sebastian Vettel had a dig at the use of grid boys at the Monaco Grand Prix when he quipped, “What was that? You get there and park behind George or Dave… what’s the point? This is Monaco, grid girls are part of the race. This is a tradition and there are good traditions. We should not break with it.”

Now in the wake of the spotlight falling again on the pretty lasses, Ferrari chiefs were quick to have a dig at Brawn, “I think the topic is interesting. The ladies have been an integral part of Formula 1 for many years, but I think Ross Brawn would have something more complex and important matters to be working on.”

No surprise there as Ferrari and Liberty Media are squaring up for tense times as the future of Formula 1 is in the process of being mapped out and as it stands now the Maranello bosses are not impressed with the vision put on the table by Brawn on behalf of the American owners of the sport.

Nevertheless, this did not stop the usual suspects from weighing in with their opinions:

Drivers also had their say:

Granted the festive season has been slow on the F1 news front this year – last year we had Nico Rosberg’s retirement and a certain Mercedes seat that needed filling to keep us busy – thus the furore regarding the grid girls is no doubt a way to fill the void.

It would be fair to say that our colleagues at the Beeb and other outlets who have run with this story have made a mountain out of a molehill.

F1 chief executive officer Chase Carey alluded to that when he said, “On the list of things I have been dealing with, grid girls wasn’t really up there on top, with all respect. Is it something from the past, or is it something distinct that should be part of the future?”

“I don’t think it will be a personal decision for me. I may have a point of view, but when you have a sport, you are dealing with teams and a large ecosystem and a large fan base that is very passionate. There is never going to be a consensus, but a set of views.”

“What we need to do is get as many points of view as possible and make a decision right for the future of the sport,” concluded Carey.

Big Question: Is the presence of F1 grid girls even an issue?