Brawn: We do not want to lose Ferrari 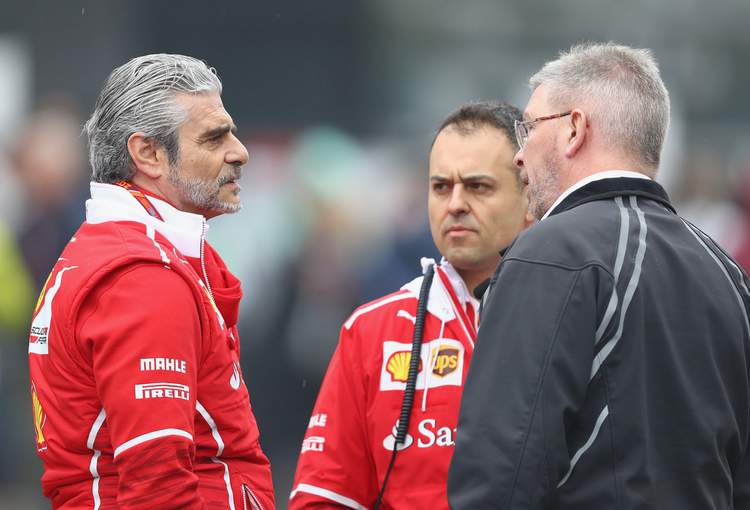 Formula 1 motorsport chief Ross Brawn admits that negative reaction to the proposed new engine rules for 2021 surprised him but he is adamant that the sport does not want to lose Ferrari and is keen to find middle-ground between with Liberty Media’s vision for the future.

Ferrari were one of the first big teams to criticise the initial plan laid out by Brawn last month, with the team’s president Serio Marchionne issuing a quit threat in the wake of the proposal

Brawn admitted to Auto Bild, “I was surprised by these reactions. I was in some of the meetings and I thought the direction was clear. Everyone agreed unanimously on the new goals that the engines should achieve and we based the new rules on that.”

Some critics of the new vision, including deposed supremo Bernie Ecclestone, have likened the plan to turning Formula 1 from a Michelin star restaurant into a hamburger joint.

Brawn expanded on the food theme when he suggested, “It’s like a restaurant where some like the starter but not the main course and vice versa.”

“That is why there are new discussions taking place now. If the manufacturers offer better solutions we are open, but staying with the current power units is not an option.”

The issue of Ferrari is a big one and the Italian team appears braced for tough negotiations. They are fast building a team of allies, with Sauber the first into the garrison with a recently announced Alfa Romeo deal – which strengthens the alliance between the Swiss team with the Maranello outfit.

There is also talk of a similar agreement in the offing between the team’s sister brand Maserati and Haas. This could be interpreted as the sharpening of knives ahead of what could be a battle for the future direction of the sport.

Mercedes and Renault have also indicated that they are not terribly enthused with the direction suggested, in these early stages, by the sport’s owners regarding the future.

“It’s a matter of what Ferrari can accept and what we can accept. We want to find solutions that keep everyone in Formula 1 and, above all, we don’t want to lose any iconic teams.”

“They are an important part of Formula 1 and we must respect and listen to them,” added Brawn.

Big Question: Are Liberty under Brawn’s direction going about establishing new rules in the correct manner?