Rosberg: I don’t think Hamilton could have improved 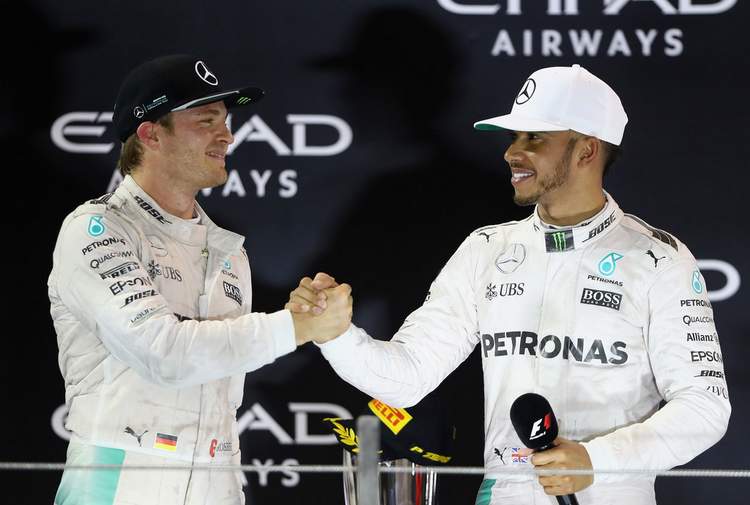 Nico Rosberg, who a year ago claimed his one and only Formula 1 World Championship, is adamant that his longtime rival and Mercedes teammate Lewis Hamilton did not improve this year despite powering to his fourth world title.

Ahead of the Abu Dhabi Grand Prix, Rosberg was asked by Frankfurter Allgemeine Zeitung if Hamilton got better this year, to which he replied, “I know what level he was racing at last year and I’m probably the best one to judge that. I would say no, I don’t think he could have improved.”

“During the course of this season he had his strong and weak moments, and like I did last season, Sebastian [Vettel] tried to take advantage of those weaknesses. But the difference this year was that unlike in 2016, Lewis did practically all of the winning for Mercedes.”

“Last year we were driving at such a high level throughout the season and that is why Valtteri [Bottas] had a very tough task to try to continue in the same way.”

Rosberg pointed to how Mercedes adapted to the new 2017 regulation changes as the key factor this season, “To survive a big regulation change like that, with such dominance, is very rare in Formula 1. It was why they have this legendary status.”

He was also surprised by the leap in performance by Ferrari, “You have to see their performance increase as a miracle of sorts. They were in a state of confusion in 2016, many changes of personnel, they were in no man’s land.”

As for his title, Rosberg said, “I became world champion because I looked at all the elements outside of the car and worked on these aspects very hard throughout the year.”

Such was the intensity of his input and intensity required by his title-winning campaign, that he admitted to himself that doing it all over again was not within him.

“So, in this case, I was better off to stop completely,” he added. “At the same time, I am very grateful that I have survived my Formula 1 career without injury.”

Big Question: Did Lewis raise his game and improve in 2018?