Can anyone stop Hamilton’s quest for fifth crown? 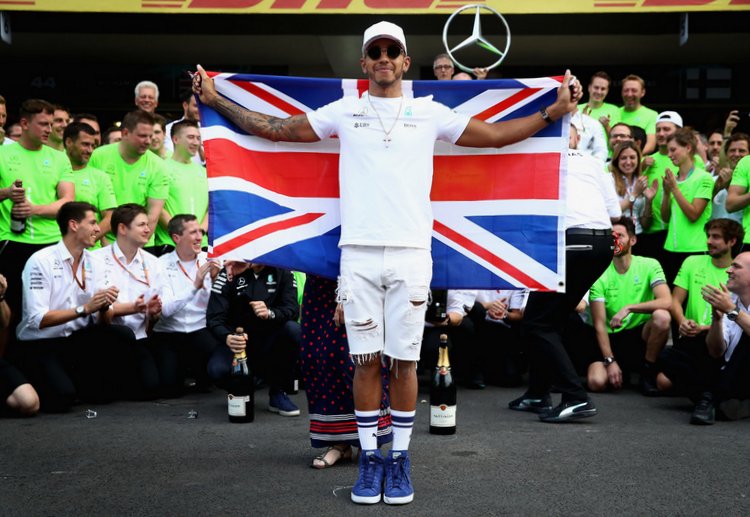 Lewis Hamilton has his eye on his fifth Drivers’ Championship after securing the fourth crown of his career at the Mexico Grand Prix.

The 32-year-old was not at his best in his last outing, recording the lowest position of the campaign, finishing down in ninth place due to an early collision with his great rival Sebastian Vettel. Although Vettel made his way through the field to place in fourth, it was not enough to deny Hamilton the crown, making him the most successful British driver in the history of the sport.

The Brit can now pull clear of his rival with another triumph, taking him within striking distance of Michael Schumacher at the top with his seven titles. Hamilton will have an excellent opportunity to capitalise on Mercedes’ dominance at the top of the sport, with the 32-year-old backed in the latest F1 betting odds at 11/8 to win back-to-back titles.

Over the last four years, only former team-mate Nico Rosberg has been able to prevent him winning four titles on the bounce. Vettel appeared to be mounting a serious challenge at the start of the 2017 campaign to thwart Hamilton once again, but his bid for the championship towards the end of the season.

Ferrari will be determined to become a force in the sport after enduring a 10-year drought without the crown. Kimi Raikkonen was the last driver for the Italian team to triumph in 2007, although Fernando Alonso and Felipe Massa have both come close in the time in between.

Vettel’s success with the SF70H in the early stages of the campaign would have given them hope that the drought was close to an end. However, the speed of the Mercedes and errors down the stretch from driver and team ended their opportunity in 2017 as the Brit was clinical in the crucial moments of the campaign.

Ferrari will make improvements for the 2019 campaign and will be eyeing another driver to provide stronger competition for Vettel along with his rivals. Daniel Ricciardo could be lined up to make the switch after Max Verstappen penned a new deal to remain with Red Bull.

Raikkonen has not offered a solution alongside the German and should be moved on. Verstappen and Ricciardo have fared well, despite using an inferior vehicle. The Red Bull RB13 has had its moments this term, but it has not been consistent enough with the Australian suffering five retirements.

Unless they make significant strides in the off-season, the two drivers’ prospects of making a surge for the crown in the next term will be bleak, to say the least.

The closest challenger could be Hamilton’s team-mate Valtteri Bottas, who has been consistent this season. He could have the same success that Rosberg enjoyed after gaining one year of experience with Mercedes. The Finn has secured two victories, which came in Russia and Austria, along with nine podiums.

Bottas could take the next step in his development to turn some of those top-three finishes into further victories, which could be enough to supplant his team-mate at the top of the sport.