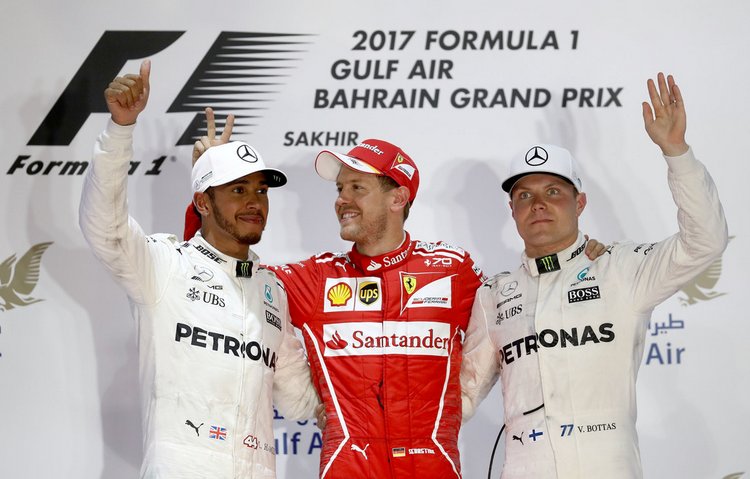 Jacques Villeneuve believes that Lewis Hamilton received a wake up call mid-way through the season when he realised that new Mercedes teammate Valtteri Bottas was not going to be a challenge for the title as Nico Rosberg was a year earlier, instead it was Ferrari and Sebastian Vettel who proved to be the real threat.

In the aftermath of Hamilton clinching his fourth world title in Mexico, Villeneuve said”Lewis is really, really good. He’s only ever been in the best team with the best car, or close to it, like every great champion, which is fine.

“If he can be the whole season like he’s been since the summer break, great, but he hasn’t done a full season like that. He wasn’t there.” I think he fell asleep with Bottas, and when he realised that Bottas wasn’t the one he had to fight, it was actually Vettel, that’s when he woke up.”

“He spent years with Nico, and it was always tough with Nico. Then when Bottas arrived he was laughing: Phew, finally I’ll have an easy championship. After a while he realised: Crap, Ferrari is there and Vettel is there. And Vettel is not one to give up.”

After three years of Hamilton fighting Rosberg for top honours in Formula 1, finally Ferrari raised their game and provided a challenge. A development which Villeneuve hailed.

Of the battle between teammates, Villeneuve said, “It’s always better, because you don’t need to be political internally, you don’t need to share your resources with your teammate, and to be open about your set-up with someone that you’re actually fighting for the championship. It’s a lot more exciting when it’s someone from another team.”

Big Question: Did Valtteri cause Lewis to go to sleep?