Vettel: Hamilton deserves every bit of it 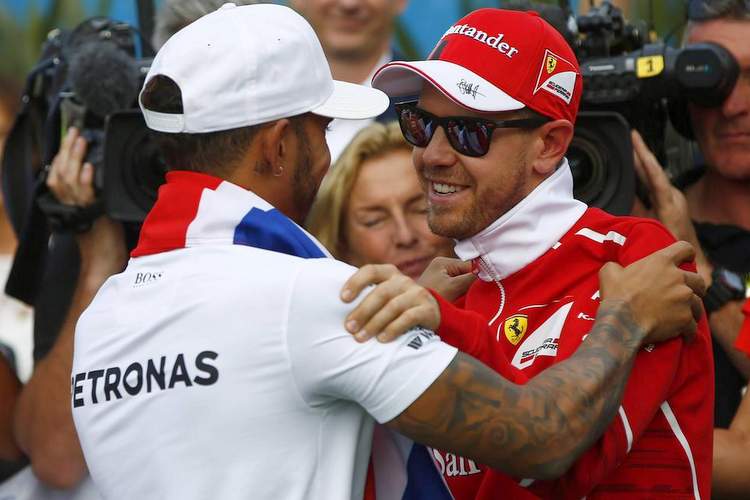 Sebastian Vettel refuses to take away any credit from Lewis Hamilton’s fourth Formula 1 World Championship triumph by pointing to the Mercedes driver having the best package this season as the German believes his Ferrari was also a very good piece of kit.

When asked if Hamilton had the better car in 2017, Vettel replied, “I don’t like that. Overall we have had a straight fight. I think the car has been great for us this year – obviously as well for them – but I don’t want to be quoted in any way as taking glory away from him, he deserves every bit of it. Two races to go he seals the championship and I think he deserves to win.”

In retrospect Singapore and Japan – two races in which he did not score points while Hamilton won both – were the downfall of Vettel’s campaign. Fifty points lost that were simply far too much to make up in the handful of races that remained.

But Vettel insists he never gave up, “It’s not an option to give up. It’s not something I generally think of. I tried everything to get back and score somehow enough points to keep the title open. You could say that I should have realised much sooner, but the moment you cross the line is a tough moment.”

“You always believe and until the last lap I didn’t think of anything else other than trying to do everything I can, you always hope for something to happen but then you have to face the fact that it’s over.”

“In the end you have 20 races, we had 18 so far. You add the points up and it’s not enough. What does it matter in the end. I’m not a big fan of pointing fingers for one race. We had two races we didn’t finish, Lewis won both of them and they were the most costly but it doesn’t change anything now,” added Vettel.

Big Question: Who had the better car in 2017 Ferrari or Mercedes?