Whiting: Accusations of inconsistency are without foundation 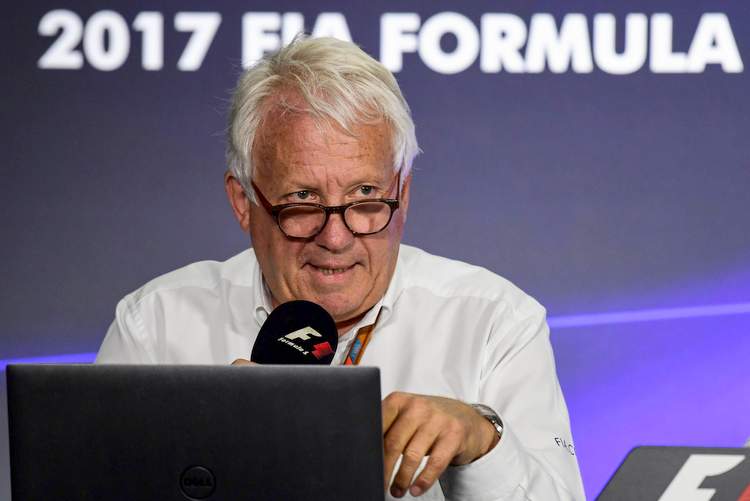 FIA race director Charlie Whiting has finally spoken in the aftermath of the controversial United States Grand Prix. explaining the reasoning behind Max Verstappen’s five second penalty and calling on the Red Bull driver to apologise for his post-race rant.

Although it was clear that Verstappen exceeded the track limits when kerb hopping past Ferrari’s Kimi raikkonen, to claim third place, there was an immediate outcry citing inconsistency in the decisions made by stewards on Sunday.

During a presentation to the media ahead of the Mexican Grand Prix, Whiting used video footage showing several examples of drivers running wide off the track during qualifying and the race in Austin, but gaining no advantage by exceeding the track limits.

“Leaving the track is not an offence in itself, but if a driver does so he must rejoin the track safely and without gaining any lasting advantage.”

“The stewards felt that he [Verstappen] had gained an advantage, he had shortened the track and clearly he was off the track while passing a driver at the same time. For them the decision was quite simple, technically, but emotionally it wasn’t so easy because the decision had to be made quite quickly.”

Whiting highlighted the incident where Daniel Ricciardo ran wide at Turn 1 trying to overtake Valtteri Bottas, “We are not too concerned about that because he [Ricciardo] didn’t gain any lasting advantage – in fact he was probably slower.”

“We have to try and take a practical approach to this and there is an element of wanting to let the drivers race as well. So it’s only when it’s absolutely clear that [he gained an advantage] that the stewards need to get involved.”

“There were quite a few instances of this happening during the race, but all in all the accusations of inconsistency are pretty much without foundation. The only time it was absolutely clear that a driver gained an advantage, the driver was penalised.”

“Only Max cut a corner and if you look at previous examples of other drivers cutting a corner, [Jolyon] Palmer was penalised in Monza and [Sergio] Perez was penalised at Spa for doing exactly the same thing. As far as l can see, there is complete consistency.”

The F1 race director suggested that the stewarding system can be improved, “It would be far better if we could come up with a system or procedure on the circuit which could be unambiguous about whether a driver gained an advantage or not.”

“This is down to kerbs and we are working very carefully and systematically through the problem with corners to make sure if a driver goes off it will not be quicker,” explained Whiting.

On the day, speaking to Sky Sports, Whiting also defended Garry Connelly, the Australian race steward, who Verstappen referred to as an “idiot” during his rant to media after the race.

“I think it’s coincidence that Garry happened to be there. You can’t tie these things together. I know Garry very well and a more honest and scrupulous person you couldn’t come across.”

“Any idea that he may have it in for a driver is wholly unfounded,” insisted Whiting.

Adding, “It wasn’t appropriate and we are discussing things with Max. It would be nice if he was to apologise for using inappropriate language.”

Whiting also confirmed that the call to penalise Verstappen was unanimous among the stewards, which included former F1 driver Mika Salo who revealed that he has received death threats in the aftermath of the race in Austin.

A couple of questions: