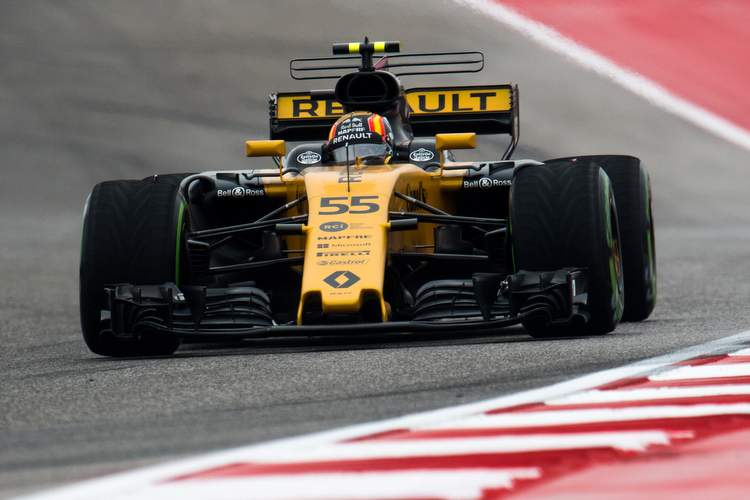 Renault team and drivers preview the Mexican Grand Prix, Round 18 of the 2017 Formula 1 World Championship, at Circuit Hermanos Rodriguez.

Foreword from Renault Sport Racing Managing Director, Cyril Abiteboul: “After the tremendous spectacle of the United States Grand Prix in Austin it’s no rest for the team as we head to another race which promises much for fans; the Mexican Grand Prix.

“When Formula 1 returned to Mexico in 2015 we didn’t know quite what to expect. What we found was a superb event which was well run and organised, and supported by enthusiastic and knowledgeable fans.

“Mexico City has been through a lot with the recent earthquake but the strength and the spirit of the city is strong, and Formula 1 is determined to put on a good show.

“Talking of a good show, the initiatives on Formula 1 to further showcase the sport in Austin were exciting and it was great to see such a strong build-up on the grid. We’re looking forward to many further initiatives as the sport develops under its new ownership.

“As we look to the future, we are bringing Renault’s own vision of a future Formula 1 to Mexico with the R.S. 2027 Vision, as debuted earlier this year at the Shanghai Motor Show. We will show this car to the Mexican media and look forward to as positive a response to its ideas as we’ve received in other markets.

“On the sporting side, in Austin, Carlos Sainz made a tremendous debut for the team, delivering beyond his expectations and in line with our aspirations. We all worked very hard to make his transition to a new team mid-season as fruitful as possible and this hard work was well rewarded.

“On the other side of the garage, we let down Nico Hülkenberg through an engine issue. Nico is certain to have been able to get the car into the points in Austin and both cars scoring has been our year-long goal. America demonstrates we have everything we need to fight for points and to climb back in the Constructors’ Championship, which is most certainly the target in Mexico.

“We have moved up to seventh in the standings and fifth is still an ambitious but realistic goal for the team. We sit five points behind Toro Rosso and 20 adrift of Williams – it’s about heading into these final three races with the determination to reach our objective.

“Mexico is an important market for Renault and for the team’s fuel partner, BP, we will see a strong promotion to accompany our visit. It’s been rewarding working with BP and Castrol for our first season together and this combination promises much for the future.

“There are just three races left for the season, Mexico, Brazil and Abu Dhabi, so we are pushing very hard to score the maximum. We do have one eye on next season, which is why we have pushed forward with using some PU elements. As Remi Taffin explains, it can be a tightrope to walk between performance and reliability, but we are determined to get to the top step of the podium in the future.”

With three races left in the 2017 season, much attention is already focused on 2018, notwithstanding the relentless quest for points, power and performance for the final countdown as Engine Technical Director Remi Taffin explains.

What are the challenges of the Circuit Hermanos Rodriguez track?
RT: It’s an interesting venue. There are high speeds through the long straights with the thinner air at high altitude giving less resistance. The thinner air means the turbo has to spin at a higher rate to input enough oxygen into the ICE, it actually spins around 8% more in Mexico than in Abu Dhabi. Equally, fuel consumption over one lap is quite low so energy recovery is less critical in Mexico than at other circuits.

What can the team do to maximise the points-scoring opportunities for the remainder of the season?
RT: The challenge is still the same; you want maximum performance with maximum reliability! This is the age-old goal in motorsport, and something we all expend tremendous energy and resource to achieve. Over the course of the season we have made good strides in performance and seen our Power Units on the podium. However, we have suffered from too many reliability issues and it is an area where our attention is strongly focused as we try to continually increase performance on other parameters too.

How much are you looking to 2018?
RT: Back at Viry, of course, we are well into our 2018 programme as so much work is done ahead of the Power Unit getting to the track. On track too, we have brought certain elements which are relevant to our 2018 PU as we look to take another step forward. We have a busy four months before we see the 2018 cars unveiled, as we do every year.

What does it mean working with a new partner team for next season?
RT: It’s always interesting working with a new technical partner as everyone has potential to bring something different to the table. McLaren, like Red Bull, have a tremendous history in the sport as well as amazing facilities to work with. We will learn how to work with McLaren while we keep optimising our collaboration with Red Bull.

A loss of oil pressure forced Nico Hülkenberg to retire in Austin, but he is ready to brush the disappointment aside as he gears up for the heights of Mexico City.

What do you like about Mexico City?
NH: Mexico City is a massive place, maybe one of the biggest I’ve ever visited. I’ve been fortunate to fly over it in a helicopter and it’s really mind blowing!

How is the Autodromo Hermanos Rodriguez to drive?
NH: The track itself is challenging. We are at high altitude, so we lose a lot of downforce because of the air density. It makes the car light and easy to slide. It has a lot of tricky corner combinations which look simple but are extremely technical. It’s certainly not an easy lap. The standout is the final two corners and driving through the stadium. That’s really cool, it’s always loud and a real goosebumps moment.

How do you reflect on Austin?
NH: It’s obviously a hugely disappointing weekend in the end and we were on the back foot from the start with the grid penalty. I actually made a decent start in the race, keeping it clean into turn one and moved up a couple of places. But we lost oil pressure on lap four and that forced us to retire. I will be aiming to turn things around this week in Mexico.

A seventh-place finish in Austin gave Carlos Sainz a dream start to life at Renault. And the flying Spaniard is looking forward to getting back out in the R.S.17 this weekend in Mexico.

How is the circuit to drive?
CS: It’s one of my favourite race weekends and a lot of us drivers really enjoy it. We really feel the heat of the crowd there; it’s very special and feels different to any other race. The track is not easy to drive as the effective downforce is pretty low, which makes the car feel quite light. There are long straights – so high speeds – then twisty corners which are challenging to get right. My qualifying there hasn’t been too bad, I made Q3 last season.

What do you make of the Mexican atmosphere?
CS: You get a good feeling for the atmosphere on the track parade, especially when you say hi to more than 200,000 people, which is pretty special. You really see the passion of the fans and their love for Formula 1; it’s really cool and a great race on the calendar. As a driver, we love seeing this passion and you know it will be special weekend. The stadium is really cool, but even away from that section the grandstands are always packed!

Are you a fan of the Mexican culture?
CS: Trying the Mexican cuisine is a must, even though I’m not a fan of spicy food. I usually go for the quesadillas which aren’t too spicy and are very tasty. It’s strange that my friends nickname me Chilli, even though I don’t like spicy food, that doesn’t work very well! Mexico City is extremely busy so you need a good chauffer who knows some tricks on how to get to places quickly.

What are your thoughts on your debut with the team?
CS: It felt great, I took it easy at the start to ease in and I was getting more and more confident as the weekend progressed. We really had good fun, especially in the race. I made a cautious start, but we just started to pick up pace and attacked the Force Indias. I was chasing Esteban [Ocon] which was a good battle whilst it lasted. I enjoyed it a lot and the whole weekend was great. To bring home six points is really good and it was a complete race weekend from first practice until the last lap of the race. The team did a brilliant job of easing me into things – our first weekend was close to perfect and we need to keep going like that.

The Autodromo Hermanos Rodriguez provides car and driver with a unique test. Situated at over 2200m above sea level, it’s the highest circuit on the Formula 1 calendar. Top speed will be high due to the high altitude and thinner air with less resistance on the car.

Turns 13-15 features the iconic stadium section of the course as the track pierces through the split grandstand providing spectators with an excellent viewing point.