Vettel on back foot needs to win in Malaysia 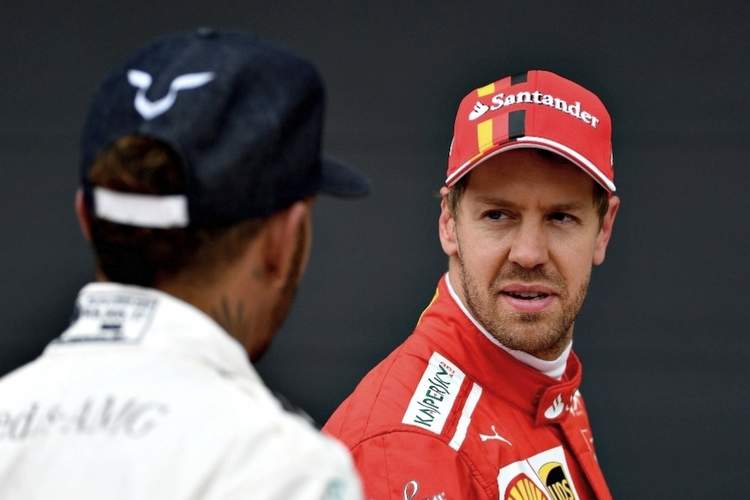 After leading the title race for 12 rounds, trailing top spot in the Formula 1 drivers’ championship by 28 points with six races to go was not part of Sebastian Vettel’s script – but it is now as the Ferrari driver heads to the Malaysian Grand Prix needing nothing less than victory.

But the record books have been kind to Vettel in Malaysia, where he has a record four wins at Sepang and scored his maiden triumph for Ferrari there in 2015. Ferrari team mate Kimi Raikkonen chalked up his first Formula 1 victory at the track in 2003 with McLaren.

Two weeks ago, championship leader Lewis Hamilton was handed a lucky break in Singapore but the Mercedes driver can take little more than the heat and humidity for granted in Malaysia this weekend.

The Briton, who has won once at the venue, needs no reminding of just how fickle fortune can be as he returns to the steamy circuit where his 2016 title hopes suffered a blow that ultimately proved too great to overcome.

Now, Hamilton has a 28 point advantage over Vettel thanks to the German crashing out on the opening lap in Singapore despite starting from pole position and gifting his rival a third successive win.

The gap between the two is the biggest it has been all year and Hamilton will not need to win another race this year to clinch his fourth title if he triumphs on Sunday with Vettel lower than second.

But Hamilton will still be wary of Sepang, hosting its final race before Malaysia drops off the calendar, after last year’s engine failure struck while he was leading from pole.

“I think it’s going to be very close in the next races,” said Hamilton, who has won every grand prix since the mid-season break, after celebrating his 60th grand prix victory. “We’ve just got to stay on our toes and keep trying to extract everything out of this car.”

Hamilton won four of the five races after Malaysia last year but it was still not enough to stop team mate Nico Rosberg taking the title.

“The last race was a strong reminder that sport always has the power to surprise and defy all predictions,” said Mercedes team boss Toto Wolff after the two Ferraris collided at Singapore.

“We have been on the receiving end of those bad moments before, and we know that they can happen as easily to us as anybody else.”

Mercedes are expecting the circuit to suit them better than the tight twists of Singapore but they also have a mixed record there.

The champions, who are 102 points ahead of Ferrari in the constructors’ standings, have won just once in Malaysia since the introduction of the 1.6 litre turbo-hybrid engines in 2014.

With tropical downpours an ever-present threat, the former champions could find themselves in the frame again.

“My victory last year in Malaysia was definitely unexpected,” said Ricciardo, who was second in Singapore. “It just goes to show you never know what can happen.”

Away from the title battle, French driver Pierre Gasly will be a new face on the grid as he makes his debut with Red Bull-owned Toro Rosso in place of under-performing Russian Daniil Kvyat.

Big Question: Can Seb bounce back with a win in Malaysia?