Hamilton versus Vettel gets serious in Singapore 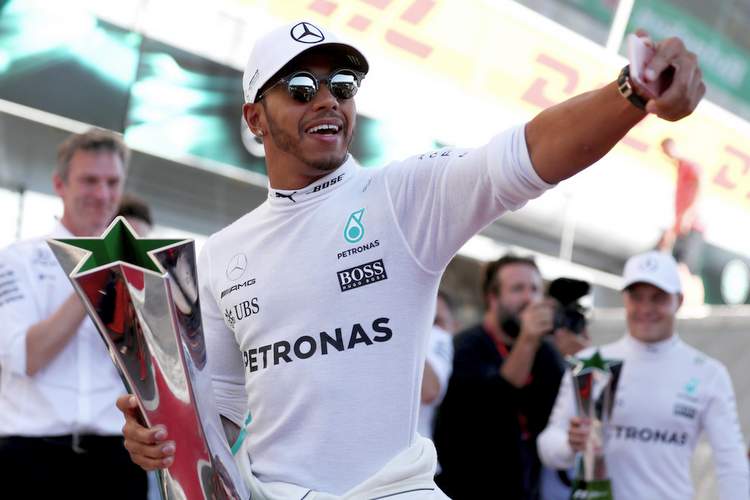 Hamilton is distinctly second favourite against his title rival at the twisting, turning and stiflingly hot Marina Bay street circuit, which plays to Ferrari’s strengths and where Vettel has won four of the nine races.

But an unexpected victory for the Mercedes driver, who edged to the front of the standings by just three points with his wire-to-wire win in Italy, would set alarm bells ringing at Ferrari.

The Italian team will be smarting after Hamilton’s crushing triumph at their home circuit this month – spoiling their 70th anniversary party, and earning boos on the podium from irate fans.

Another disappointment on Sunday in Singapore, the 14th of 20 races and the unofficial start of the title run-in, would deflate optimism of Ferrari’s first world title in a decade.

Ferrari’s downforce is a key weapon at the 23-corner street circuit, whose lack of long straights traditionally nullifies Mercedes’ high-speed advantage and puts overtaking at a premium.

Mercedes chief Toto Wolff said the German marque faced a difficult weekend – but he will take heart from the fact that in five of the last seven seasons, the winning driver in Italy also took the chequered flag in Singapore.

“So far this year, we have seen the pendulum swing according to circuit type. On the surface, Singapore is the kind of circuit that should favour both Ferrari and Red Bull,” said Wolff.

“Both have shown strong performance on low-speed circuits demanding maximum downforce, and we have found life more difficult at those places in 2017.”

But Wolff added: “We have made good progress in understanding what we need to do in order to get the most from the chassis… It’s a weekend when every part of the team needs to be at its best if you wish to score a strong finish.

“We will aim to put all the pieces of the puzzle together and finish strongly.”

Hamilton’s blistering form in qualifying this year, which saw him take a world-record 69th pole position in Monza, also gives Mercedes a chance. All but two of the races in Singapore have been won from pole and Hamilton is on a roll, having won three of the last four grands prix.

The three-time world champion Hamilton, who penned a poetic tribute to mark 20 years since the death of Princess Diana, was also moved to wax lyrical about his performances behind the wheel.

“I definitely feel like I have found more heart and passion within myself in the last three or four races,” he said at Monza.

“Silverstone was an empowering weekend and that has kind of sparked a forest fire in me and that is hopefully reflecting in my driving.

“While I feel like I always drive with my heart – my heart is really the engine, the power and the force behind what I do – my mind is like the rudder, and I feel like it has been steering me in the right direction.”

Red Bull’s Daniel Ricciardo will also approach the weekend with confidence after reaching the podium on his last three trips to Singapore.

“(It’s) one of our best chances of a win in the second half of the season,” said the Australian, who won in Azerbaijan and lies fourth in the standings.