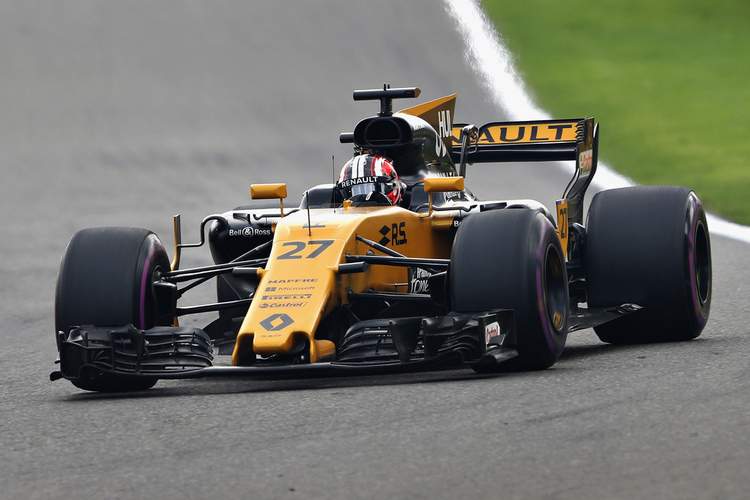 Renault drivers and team preview the Singapore Grand Prix, Round 14 of the 2017 Formula 1 World Championship, at Marina Bay Circuit.

Foreword from Renault Sport Racing Managing Director, Cyril Abiteboul: “The Singapore Grand Prix marks the start of a busy period on the Formula 1 calendar as we gear up for the first of three races in Asia. Marina Bay is an interesting and challenging street circuit raced under the lights of the night time sky. Its fast kinks and tight and twisty infield means it is much more suited to our car than the previous round in Monza.”

“We knew Italy would be challenging. Nico looked in a good position and was in contention for tenth place. But traffic in front of him meant overtaking was difficult and he had to settle for thirteenth. Jolyon was on a reverse strategy as we had a bit of a license to try something different, but we had to retire his car with a transmission issue to prevent greater woes.”

“There are two positives to note from the weekend: among our closest rivals, only Williams scored points. And Daniel Ricciardo’s impressive drive from sixteenth on the grid to fourth place is particularly encouraging. It meant a Renault engine had a best finish at Monza since the introduction of the V6 Turbo Hybrid engines in 2014.”

“We are now focusing on these busy Asia rounds. Williams sit just 21 points ahead of us in fifth place in the Constructors’ Championship and, with seven races to go, it’s very much in our capability to chase that down by the end of the season. We need to create some momentum and string together some consistent results with both cars inside the top ten. Singapore will be vital to kick start this effort.”

“Track side, from the Singapore Grand Prix, Matthieu Dubois takes on the role of Head of Race Strategy of Renault Sport Formula One Team. He will functionally report to our Sporting Director Alan Permane. Matthieu joined Renault Sport in 1998 where he has held various positions including the one of Race Strategist at Enstone from 2008 to 2012. Up until now, Matthieu has been in charge of the customer track teams (Red Bull Racing and Scuderia Toro Rosso).”

A low downforce configuration made things tricky in Monza, but Singapore offers a complete contrast of set-up as Technical Director Nick Chester explains.

What are the challenges of Singapore?
NC: Firstly, it’s massively different to Monza and almost a stark contrast as a high downforce package is required, and that should suit us pretty well. There are a number of things to look out for: tight corners, big kerbs and a lot of traction demands, meaning it can be a hard place to get the right set-up. But if you have a reasonable amount of downforce you should have a quick and competitive car. We’d expect to be back to our Britain, Hungary and Spa level of performance.

Are there any updates to deal with Marina Bay?
NC: We’ve made softer rear springs to make the rear end more compliant which will aid traction. As ever, you have to get the compromise right as it’s a balance between a compliant chassis and not losing too much aero performance. We have some minor updates to the bodywork which we will evaluate during the practice sessions.

How do you reflect on recent weeks?
NC: We’ve kept improving the car which has been very positive. Since Silverstone the car has been a chunk more competitive. Budapest and Spa kept that trend up and we were the fourth quickest car in terms of pace. We weren’t as quick in Monza, but the upcoming races should see us back to the level of performance we saw at Spa. There are no remaining tracks with super low downforce. We have good potential to be strong at these next three Asian races.

How are the 2018 developments progressing?
NC: We have to get the Halo on the car for next year and that’s a big challenge. That will be a big deal as it changes the chassis construction. There are other developments in the pipeline, we are still learning lessons from this year’s car and aiming to transfer that knowledge into next year’s car.

After missing out on the points in Italy, Nico Hülkenberg is set for a showdown under the Singapore night sky.

Is it a strange feeling to race under the lights?
NH: It takes a little getting used to, but it’s not so bad. It’s been on the calendar so long that it feels like a normal race. It’s a very special Grand Prix and the only real night race we have. We don’t really see the day there! We sleep until lunchtime, and then it’s off to work, so there isn’t much of a social life for us drivers. The venue is amazing, how they’ve built it all is fantastic, especially as it’s right in the middle of the city.

And how is the circuit to drive?
NH: As a track, it’s really tough and physically demanding – arguably one of the hardest of the season. The lap is long with lots of corners and some tight and sharp bits. The high temperature and humidity, combined with the fact that it’s a street circuit, makes it quite hard. It’s important to be in top physical shape due to the harsh requirements. Safety cars usually come out which makes strategy hard to call.

What are your feelings after Monza?
NH: We’re finished with Europe, but ultimately Italy was a difficult weekend for us as a team. It’s disappointing not to come away with points. I got stuck in traffic in the race and couldn’t do too much. I’m going to get it off the mind as soon as possible and gear up for Singapore. I’m looking forward to it as we should be more competitive; onwards and upwards!

Singapore kicks off the Asian stint of the calendar with points the only thing on Jolyon Palmer’s mind.

What do you like about Singapore?
JP: I love Singapore as it’s a highly unique event under the lights. I’ve won there in the GP2 Series and it was one of my best wins. In fact, I raced there two years running and both years were very good. Hopefully I can create more good memories there. It’s a cool feeling driving at night as you can see the circuit very clearly from the lights but your vision is channelled as the background is in darkness.

What are the challenges of the circuit?
JP: The final sector is a real challenge with the section under the grandstand. It’s tight over the bridge too so you need your wits about you. Stringing a perfect lap together is very testing. Over the bridge and the middle of the lap are pretty tough to get right as you’re braking as you turn so it’s easy to lock a wheel, and the last sector is very tight and twisty.

How does it differ to other Grands Prix?
JP: We see the circuit change a lot over the weekend as the surface rubbers in then the climatic conditions are reasonably different between FP1 and FP2, then FP3 and qualifying. Getting a good handle on the balance of the car gives us plenty of work as generally it’s cooler later in the night. It’s not your usual race weekend!

Do you find the time to see the city?
JP: It’s a strange weekend as we wake up later than usual with a lot of the work completed in the evening, meaning we don’t get too much time to explore. But the great thing about the race is that it’s right in the centre of the city so you’re surrounded by everything you could want. You don’t have to go far for a good restaurant. It’s always great to sample the local culture.

How do you reflect on Italy?
JP: It was a tough weekend but we knew it was going to be quite difficult as Monza doesn’t really play to the car’s strengths. We didn’t make the most of qualifying and I didn’t make the best start and fell to the back. I felt good in the car, made a few passes, we were in a good place on the reverse strategy but then we had a problem and retired. We get the retirement out of the way now and get ready for Singapore!

Introduced to the Formula 1 calendar in 2008, the Singapore Grand Prix was revolutionary with its intriguing combination of the night-time lights and public roads. At just over 5km, the Marina Bay circuit sweeps through the heart of the city and requires a high downforce package to combat the tight, often 90°, corners.