Alonso: I intend to be loyal to the team 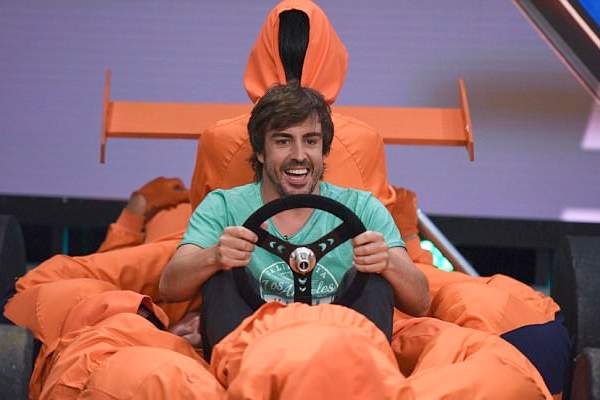 As a decision regarding the future of McLaren and their engine supplier looms, Fernando Alonso has declared his loyalty to the team and reveals that he is only waiting on the direction they take before committing to them beyond 2017.

Alonso is out of contract at the end of this season and has made his deep dissatisfaction with the current performance of Honda well known. As a result McLaren are enduring three years of hardship, with this season being by far the worst in their illustrious history.

Appearing on the Spanish TV show Hormiguero, Alonso said of the situation, “They have to make their decision before I do mine and I intend to be loyal to the team. We have to wait to see how the situation develops.”

“When they know the chassis and engine package they are going to have, I will make a decision. I will give them a chance, because we have spent very hard times together, I feel part of the team and because I think they deserve it.”

With Mercedes, Ferrari and Red Bull ruling out a place for the Spaniard – while Renault have indicated they are not ready for a driver of his calibre and most recently Williams denying that they are in talks with him – he has few, if any options to remain in Formula 1. Should he fail to agree to McLaren’s solution, whatever that may be, he is likely to pursue options in Indycar racing.

“Three years of not being competitive are the limit for a team like McLaren, one of the two best in F1 history. I’m very optimistic,” added Alonso echoing what his boss Zak Brwon said after the Italian Grand Prix.

The McLaren team chief told reporters at Monza, “I think it’s very likely Fernando will stay. He loves the team, he’s passionate as ever to drive. He wants to be in Formula 1 and wants us to be more competitive.”

“I wouldn’t rule him out if it remains status quo. With the stuff that are seeing and we will further review this week. I wouldn’t say that it’s a foregone conclusion that if we do stay with Honda he won’t remain with us,” said Brown adding that a decision on their engine future would be made this week, with Renault emerging as their likely F1 engine supplier should they decide to ditch Honda.