Verstappen: I don’t know what to say 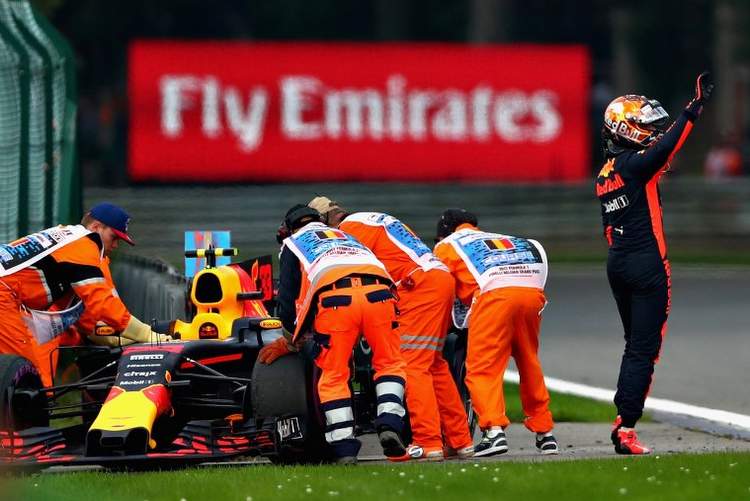 Red Bull driver Max Verstappen said he felt frustrated by his early exit from the Belgian Grand Prix and technical issues such as the one he experienced on the day should not happen to a top team.

Verstappen, who drew a sell-out crowd of orange-clad fans from his nearby home country, started from fifth on the grid but had to retire on lap eight when his Red Bull car spluttered to a halt at the famous Eau Rouge corner.

Shaking his head, Verstappen yelled “unbelievable” into the team radio before leaving his car and riding back to the pits on a quad bike.

He told reporters afterwards, “Frustrated, disappointed and just really not happy. For a top team, this can’t happen. At the beginning you can say bad luck, these things happen. But if it’s happening again for the sixth time this year, you can’t call it bad luck any more.”

“I lost power and everything was done. It is really frustrating. The fans buy very expensive tickets to come and watch the race and then after eight laps it’s finished. That cannot happen with a top team.”

“Also it’s just really demotivating because you work hard all weekend, you have a great qualifying and you’re looking forward to the race but then you retire after eight laps. I don’t know what to say – it’s just a very tough year,” lamented the teenager.

In the 12 races so far this season, Verstappen has failed to make it to the chequered flag six times, often sidelined by technical issues with his car.