Ricciardo: I was chasing that little bit too much 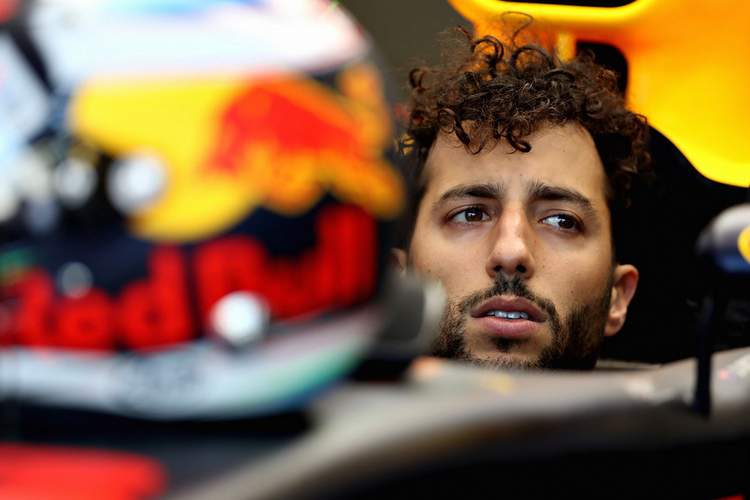 Daniel Ricciardo regrets crashing in the final stages of Q3, during qualifying for the Azerbaijan Grand Prix, putting the incident down to a case of trying too hard on what he felt was an improving track.

Speaking after his crash exiting Turn 6 at Baku City Circuit, “I am not blaming the car or anything. I was just trying to carry a bit of speed through that combination and though Turn 6 I tried to carry some speed and then the rear kind of went away a little bit … it happened so quick.”

“I tried to power through it, but the wall comes back on you and the rear was gone so as soon as I hit it I felt it was too big of a hit [to carry on]. I could see the rim was damaged, so it was the consequence of trying to get a bit more out of it in Q3.”

“I felt like the track temperature was coming down and the track was getting better, so there was margin, particularly in Q3, to improve. I was chasing that little bit too much. I’m a bit frustrated of course but not really anything to blame other than trying.”

“[Tyre] strategy is limited but you could find a similar situation to Monaco where perhaps an overcut is not that far off an undercut.”

“So strategy might not be that straight forward, there might be some opportunities there. And then if I am quicker than the guys in front, you can overtake. With such a long straight, even if we are against say a Mercedes, Force India or Williams, if you get a tow then the tow is bigger than the horsepower deficit.”

“So if we are quicker we should be able to overtake. So try and be quick and make an under or over-cut work. It sounds easy!” added Ricciardo who will start the race from tenth on the grid.