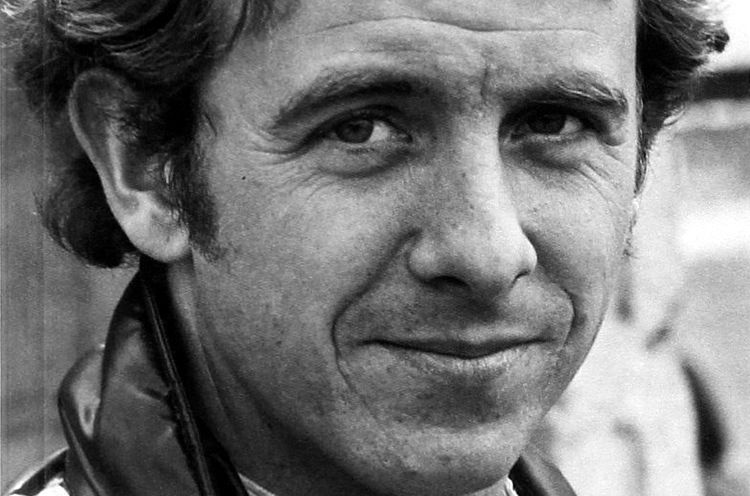 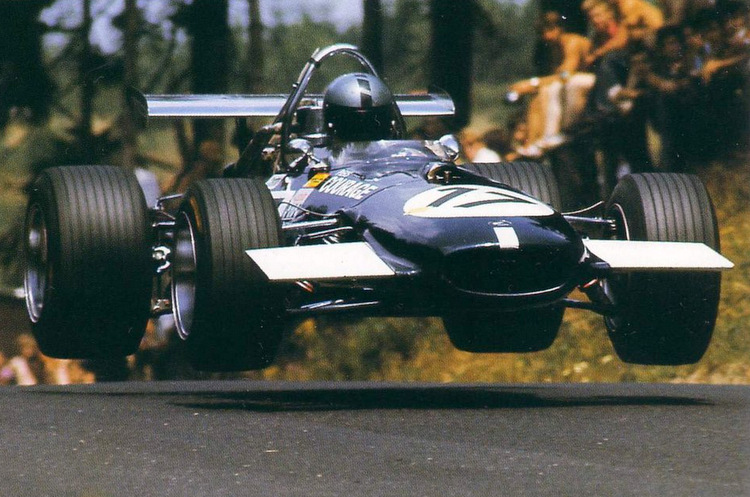 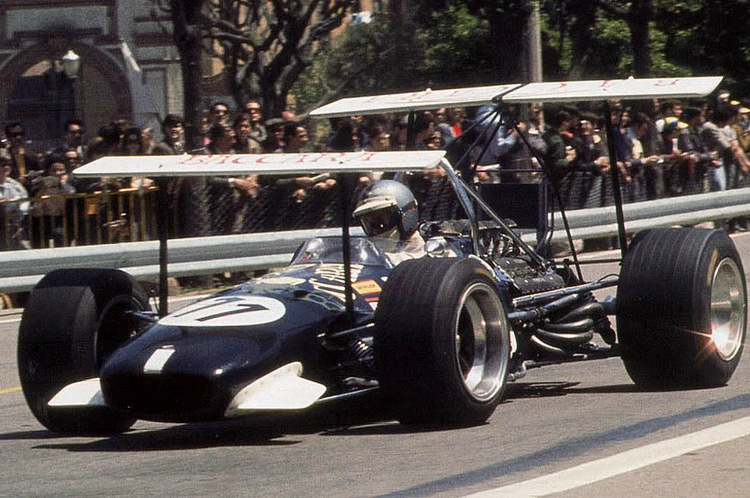 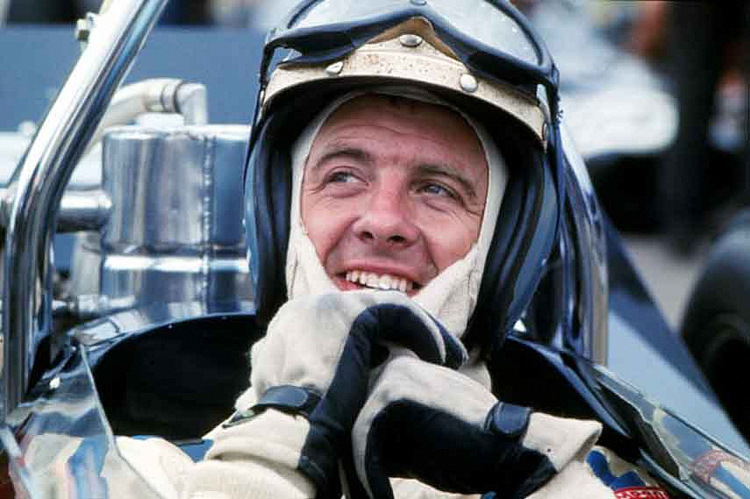 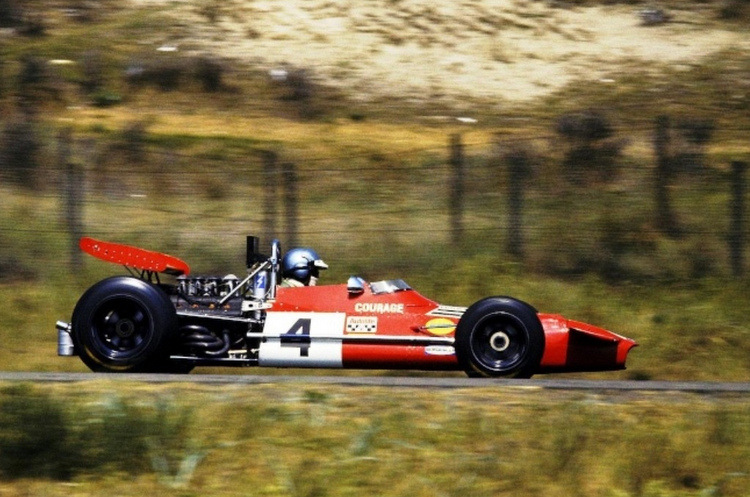 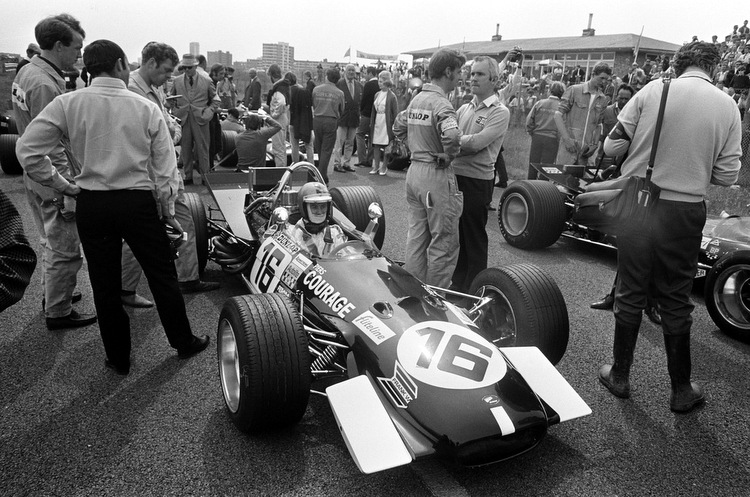 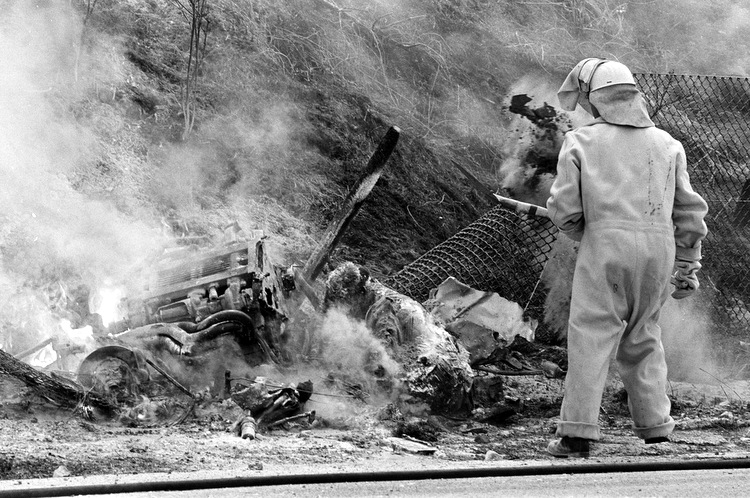 On this day forty-seven years ago, Formula One lost the talents of driver Piers Courage, who died during the 1970 Dutch Grand Prix.

A competitor in 29 Grands Prix between 1966 and his death at Zandvoort in 1970, Courage’s story was one of a great British driver who left an indelible mark on the sport, despite never getting the chance to deliver on his potential.

The heir to the Courage Brewing dynasty, Piers always carried an image as the sort of affluent playboy that has long been romanticised in the sport, but despite his family’s wealth earned his place in F1 with equal parts talent and perseverance.

Starting his career in racing with a Lotus Seven bought by his father Richard, Courage quickly moved to distance himself from his family’s wealth, deciding to raise his own funds to pursue a career in Formula Three. For several years, Courage hauled his own cars around Europe, in both F3 and Formula Two, all the while gaining a reputation as a very quick, but very erratic driver.

In 1967 he got his first taste of an F1 car, signing on with BRM to race in their second team, but was dropped after just two races. One of the most aptly named people in any sport, Courage’s innate speed was matched only by his propensity to spin, and being a serious accident waiting to happen, team manager Tim Parnell replaced him with the slower, yet more reliable Chris Irwin, sending Piers back to F2. One has to wonder had he competed today, if he’d ever get another chance given such performances.

Fortunately, he did find his way back to F1. Deciding to make a last-ditch effort to earn his seat back, Courage paid his own way into the 1968 Tasman Series – a competition which boasted the likes of Jim Clark, Chris Amon, Graham Hill, Bruce McLaren, Jack Brabham and Denny Hulme. Courage finished third, behind only Clark and Amon, and secured another BRM seat for 1968. This time he made it stick, seeing out the season with a fourth at Monza his best result.

For 1969 Courage signed on to the newly-formed Frank Williams Racing Cars, having become close friends with the eponymous team owner when each was still pursuing their F1 dream, even sharing a flat in Harrow for a time. Williams supplied Courage with a Brabham BT26A for the season, with which he managed to finish eighth for the season, having taken two seconds at Monaco and Watkins Glen.

Things were looking promising for the fledgling Williams-Courage partnership heading into 1970, with Williams having delivered a strong package at his first attempt, and having in Courage a tremendously quick driver who had managed to banish much of the inconsistencies that plagued his early career.

For the new season Williams was offered a free supply of cars from Italian manufacturer De Tomaso, but the move proved a backwards step, Courage failing to finish any of the first four races before the fifth brought him to that fateful weekend at Zandvoort.

Coming over the notorious bump at Tunnel Oost on lap 23, Courage lost control (either due to a suspension or steering failure) and ploughed into the dunes that lay trackside.

His car a fiery wreck, Courage was “fortunate” to have been either killed instantly or knocked unconscious by a loose wheel, leading to one of F1’s most hauntingly enduring images: his helmet, knocked clean off his head, resting empty on the track as his De Tomaso burned off to the side. He was 28 years old.

As popular a figure off-track as he was a spectacular one on it, Courage’s legend has continued to live on, even if he never got the chance to etch himself into the record books. His contemporaries – including Williams and Jackie Stewart – laud his love of opposite lock as much as his fondness for others, and have little doubt he would have done great things had his life not been cut so ruthlessly short.

In all facets, Piers Courage’s life was one lived to the fullest, and while he may be forty-seven years gone, he remains far from forgotten.