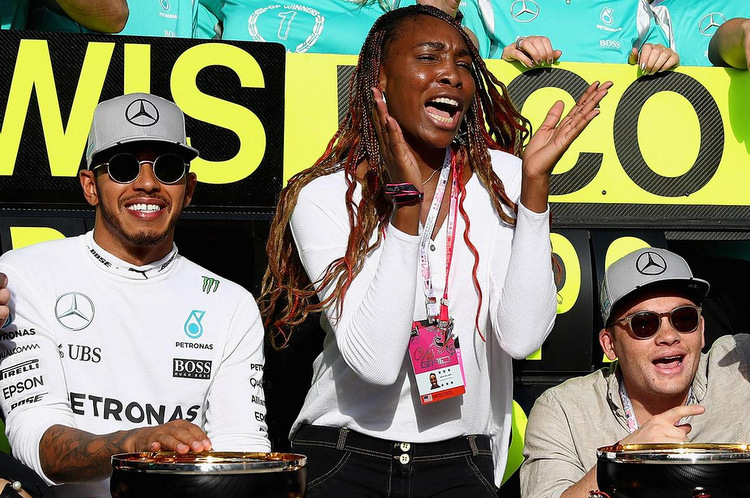 Lewis Hamilton’s rags to riches story is well documented, as is his deep admiration for Ayrton Senna but he was also inspired by fellow black athletes who carved their way to the top of sport against the odds.

In an interview with the FIA’s official magazine, Auto, Hamilton recalled, “As a kid I did watch others, probably because my dad was watching them. Muhammad Ali, for example. Being a black family it was not necessarily always easy for us. There were no black Formula 1 families on TV for us to really relate to!”

“I felt like I could relate to Ayrton. So it was great to be able to see other individuals from a similar background, and particularly ethnicity, doing great things elsewhere. Seeing how they do it, and how they faced up to the difficulties and challenges they go through.”

“Lennox Lewis, Frank Bruno, I used to watch them a lot, those sports stars. Then watching the Williams sisters come up, watching Tiger [Woods] come up, they were the ones, definitely.”

“I saw what Tiger was doing and I was like: one day I want to be like that in my world, in racing. I’d look at the Williams sisters breaking through and think: I pray and hope that one day I can be great like they have been because they have broken down barriers’. For example, I play golf now because of Tiger. Well, actually I’ve quit because I suck!”

“But I took it up because of Tiger and I started playing tennis because of the Williams sisters, it’s just how it goes. You get someone from India coming along and doing great things in their sport and it inspires others. They have an Indian cricket team, the whole country loves cricket. It’s how it goes with all nations and all ethnicities.”

Hamilton has made his mark in Formula 1 as one of the sport’s greatest drivers of this era, already having won three world titles, with 56 grand prix victories on his impressive CV.