Stamps in honour of JYS, Villeneuve, Senna, Schumi and Hamilton 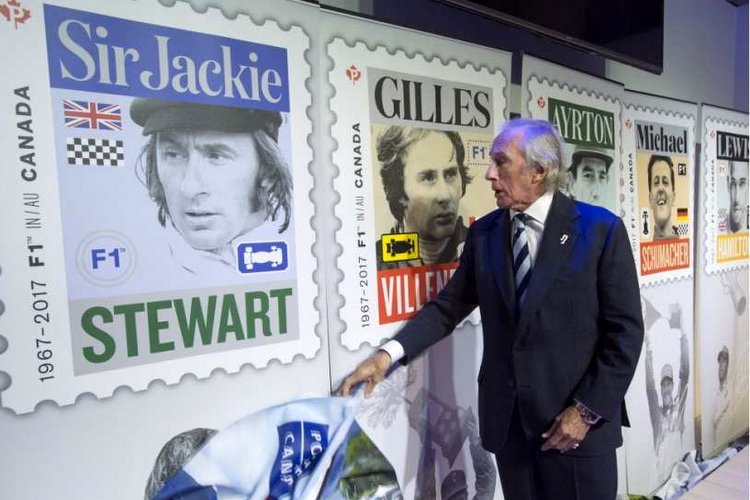 The Canadian Grand Prix celebrates its 50th birthday next month and racing icon Sir Jackie Stewart summed up the changes over the years when he sad: “In my day, motor racing was dangerous and sex was safe.”

Stewart was in Montreal to help Canada Post unveil a series of commemorative stamps honouring five of the most memorable drivers in the Formula One race’s history.

Stewart, who won the 1971 and 1972 races at Ontario’s Mosport Park, was selected to represent the first decade of the race’s history. The images from succeeding decades are those of Canadian Gilles Villeneuve, Brazilian Ayrton Senna. German Michael Schumacher and Britain’s Lewis Hamilton, who will be looking for his sixth Canadian Grand Prix title at Circuit Gilles Villeneuve, June 9-11.

“All of these drivers won the Canadian Grand Prix at least once and they combined to win 15 world championships,” said RDS Formula One announcer Pierre Houde, who served as the master of ceremonies for the unveiling ceremony at La Poste 1700, an art gallery which began life in 1913 as Postal Station F.

The one driver in the group who didn’t win a world championship was Villeneuve. He won six of his 67 races, including the 1978 Canadian GP, which was the first contested on the Île Notre-Dame track that now bears his name.

His career ended tragically when he died in a crash during the qualifying for the 1982 Belgian GP. His widow Joanne and daughter Mélanie were on hand for Monday’s unveiling. Absent was Villenueuve’s son, Jacques, who became the only Canadian to win the world championship in 1997.

Stewart won 23 of his 99 Formula One races but quit after Tyrrell teammate François Cevert died in the qualifying for the 1972 U.S Grand Prix at Watkins Glen, N.Y. Stewart became an advocate for safety standards in auto racing and helped bring in such innovations as guard rails, helmets, reinforced car frames, runoff areas and trackside medical facilities.

Cevert was the 34th Formula One driver to die between the start of Formula One in 1950 and 1973. There have been only four fatalities since Senna died in the 1994 San Marino Grand Prix.

Stewart, who has had a love affair with Canada since he visited with his mother as a 14-year-old, said he was honoured to have his face on a Canadian stamp.

“Great Britain did one for me but it’s not nearly as nice as this one,” said Stewart. who went on to praise the Canadian Grand Prix as one of the best races on the Formula One circuit.

“You’ve got the Australian Grand Prix and you’ve got Montreal and these two absolutely make Formula One more comfortable, more exciting, more memorable than any other circuits we have,” said Stewart, who served as an analyst when CBC had the rights to the race.

“The whole city is behind it and it’s like one big party. Of course, racing drivers are so reserved they never go to any parties, but I understand there’s some good ones going on here.” 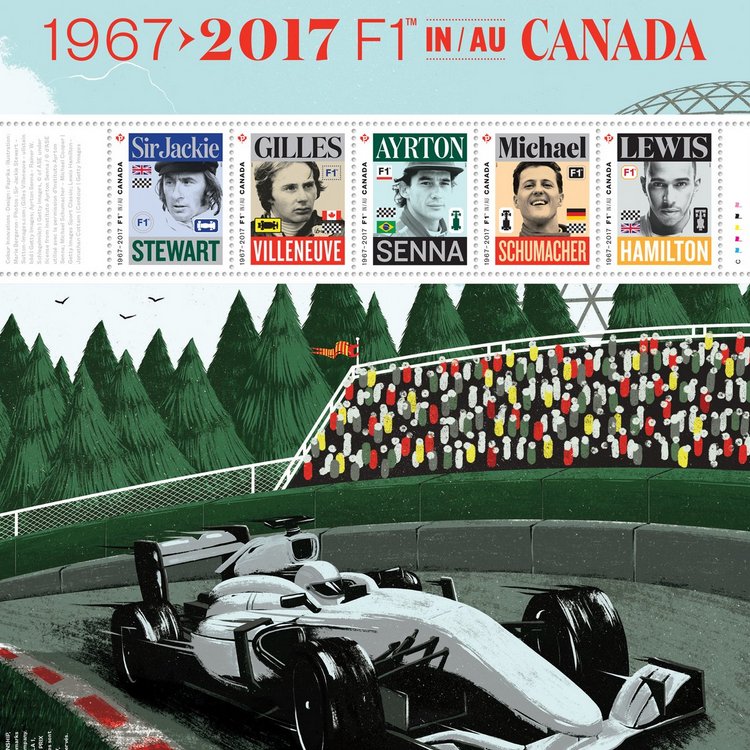