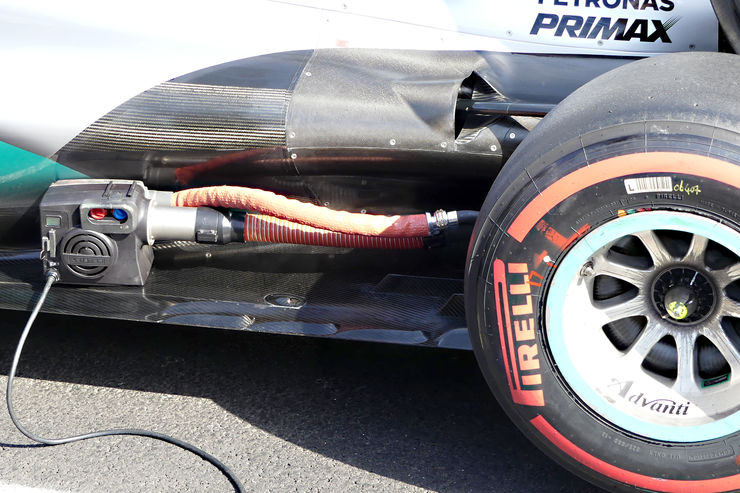 Earlier, it was suspected that some top teams had found a clever way to reduce the high minimum tyre pressures once the car was up and running, thereby boosting laptimes.

Auto Motor und Sport has now published photos of a sophisticated device attached to the four corners ofthe pair of Silver Arrowss prior to the tyres being fitted on the Baku grid.

Reportedly, the device keeps ultra-high heats in the axle and brakes, so that when the Pirelli tyre is fitted, it artificially satisfies the minimum tyre pressure but then rapidly starts to lose that pressure once the car is on track.

The lower the pressure, means there is more surface contact and allows more flexing of the tire. This provides more grip and helps the tires to warm up from the inside.

At high pressure, the tire is run on a narrower band and the tread becomes more rigid, thereby heats up faster.

Force India technical director Andy Green was quoted as saying a ban of such practices “would be a good thing. It just costs a lot of money.”