Ferrari duo Sainz and Leclerc test for Pirelli at Fiorano 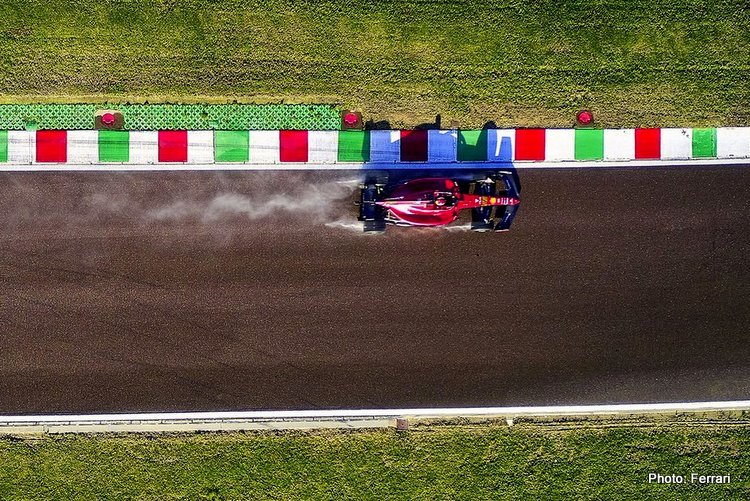 While most Formula 1 drivers are chilling during the off-season, Carlos Sainz and Charles Leclerc returned to the wheel of the Ferrari F1-75, at Fiorano on Tuesday, for the first of two Pirelli test days, in preparation for the 2023 season.

Sainz got going at around 11 am in the morning, taking advantage of the wet asphalt after the night’s rain as Pirelli adjusted the run plan to the conditions, starting the test with the intermediate tyres (green stripe) and then changing to slicks.

Thereafter, they used the Ferrari test track’s automatic irrigation system to wet the asphalt with the desired amount of water for the extreme rain test (blue) – a contentious tyre this year – which Pirelli intends to improve by getting the compound to heat up more rapidly.

This outing was the second Pirelli test of the post-season. Last weekend Pirelli began tested at Paul Ricard, with Robert Kubica on duty in the Alfa Romeo C42, with intermediate and extreme rain tires.

After these two days with Ferrari, AlphaTauri will test dry tyres in Portimao, from December 14 to 15. The last of the year.

In early February, Paul Ricard will host with Mercedes participating in the tests for the first two days in southern France, with slicks, followed by Alpha Tauri again testing wet compounds for the next two days at the venue. Aston Martin will run on February 7 and 8 at Jerez, in south Spain.

Red Bull, McLaren, Alpine, Haas, and Williams did not respond to the tire supplier’s request to supply testing cars and drivers.