Norris: I’m not a guy who likes BS 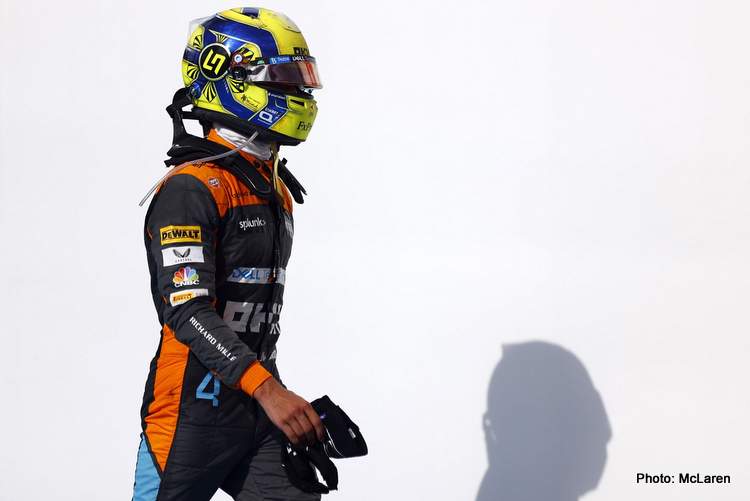 Lando Norris said he had faith in McLaren going forward, and insisted he like people being honest with him as he’s not a guy who likes BS.

Norris signed a long-term contract with McLaren that would see him drive for the team until the end of the 2025 season.

After finishing fourth in the Formula 1 Constructors’ Title in 2021, McLaren were hoping to take a step forward in 2022, but that did not materialize, as their MCL36 was a disappointment, and the team ended up being beaten by Alpine to fourth and going back one position finishing this season fifth in the Constructors’.

However, Norris is undeterred and is keeping the faith in Woking. Asked how he felt about his future with the team by Sky Sports F1, Norris said: “It’s just faith, it’s just honesty – that’s the main thing I need.

“I’m not a guy who likes BS or likes people trying to make me happy, I like people just being honest. I have faith in McLaren, I have faith in the guys I work with, the whole team,” he insisted.

Norris wouldn’t be drawn into making any predictions regarding McLaren’s form going back, especially after the setback of 2022, saying: “Time will tell.

Never sure what the future holds

“You can never be 100 per cent certain where you’re going to be, but you can have a good shot at it. I mean, from where we were in race one, I think we’ve done a good job – we recovered well,” he added.

But the fact remains that McLaren failed to deliver in 2022; the Briton admitting: “If I think of before this season, did we achieve in 2022 what we should have done as McLaren? Honestly, it’s no.

“From the mechanics with our pit stops, our strategy, the whole team’s work ethic – so many things are working well, it’s just we need a slightly better car, that’s all,” he pointed out.

Norris who claimed his maiden pole position with McLaren at the 2021 Russian Grand Prix is yet to win a race, but has secured six podium so far.

He finished the 2022 Abu Dhabi Grand Prix season finale sixth, while he was seventh overall in the F1 Drivers’ Championship.