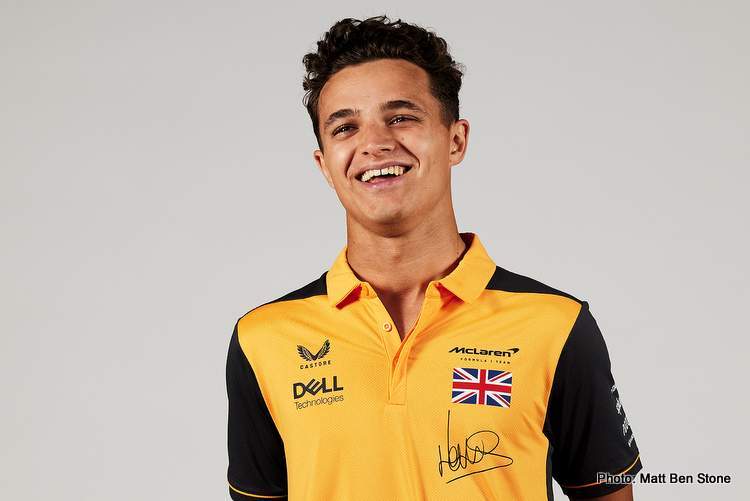 McLaren have shown great faith in their young star Lando Norris, contracting him until the end of the 2025 Formula 1 season.

Norris has developed into one of the stand-out drivers of the new generation since he burst on the F1 scene, making his debut at the 2019 Australian Grand Prix as a 19-year-old. Since then he has gone to cement himself as a front-runner when his car allows him to be as well as become one of the most popular drivers on the grid.

During his first two seasons at Woking, Norris was as good as highly rated Carlos Sainz and last season, many times, humbled veteran Daniel Ricciardo who was signed to replace the Spaniard.

Andreas Seidl, Team Principal, McLaren F1, said: “The opportunity to extend our relationship with Lando reflects not only our commitment but our belief and confidence in his talent. It is also a strong sign of trust and commitment from Lando in us as a team and our journey to world championship contention.”

With his immediate feature assured, Norris commented: “Teams are about people, and I love the people and feel at home at McLaren. I have grown up in this team and I’m part of this journey we’re all on. Last season was another great step, both in my career and the team’s performance.

“I see and feel all the work, investment, and commitment for the team to be in a position to challenge for wins and titles in the future. This all gives me huge confidence looking forward, so it was a natural decision to extend our relationship for the next few years,” added the Briton.

McLaren Racing and Lando Norris have agreed to further extend their partnership through to the end of 2025, building on the strong five-year relationship between McLaren F1 Team and its British driver.

McLaren announced at last year’s Monaco Grand Prix that it had exercised its option to extend Lando’s contract for multiple years, and in a sign of mutual confidence, the team and Lando have now committed to a new four-year agreement, beginning in 2022.

Norris and McLaren Racing began their journey together in 2017 when, at the age of 17, Lando impressed during testing in the MCL32 in Hungary, as part of his reward for winning the McLaren Autosport BRDC Young Driver Award.

He then fulfilled the role of test and reserve driver in 2017 and 2018, before being signed by the team to a full-time seat in 2019. Lando finished 11th in his debut season, ninth in 2020 with his first podium, and sixth last season with four podiums and his first pole position.

Seidl added: “Lando has shown impressive growth as a Formula 1 driver over the past four years and has been an instrumental part of the team’s momentum and performance trajectory.

“We are still on our journey to fight at the front and Lando is a key element of our plan, so to lock him into place, alongside Daniel and our senior leadership, gives us stability and continuity as we build towards our ultimate shared goal of world championships,” added the McLaren F1 team boss.

News like this deserves to be celebrated, right @LandoNorris? 🎊🥳 pic.twitter.com/N78RhXASjL