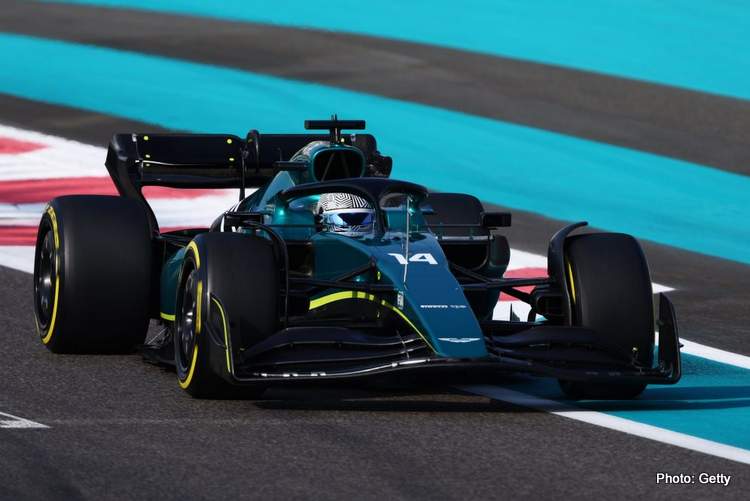 Fernando Alonso could not help but take a swipe at the reliability of  his former team Alpine, just after he drove his new team’s car, the Aston Martin AMR22 in Abu Dhabi’s post season test.

Fernando Alonso never bothered to hide his frustration with the reliability of Alpine in 2022, the Spaniard suffering from six reliability-related DNF’s over the course of the season, the latest at Abu Dhabi’s season finale on Sunday.

The double Formula 1 Champion was already driving for Aston Martin on Tuesday in the post season tyre test and immediately criticized Alpine’s power unit reliability, revealing the Mercedes unit in his Aston Martin had high mileage but did not break down.

He was asked if he was satisfied with reliability after the test, he said: “Yeah. When they told me the mileage of the engine on Monday night, I was concerned.

“I said that number is a little bit high for my standards, but we did 97 laps, no problem so it’s outstanding,” Alonso quipped.

The 41-year-old expressed his confidence in Aston Martin and his decision to move there; he revealed: “I’m much more optimistic now. When I signed for Aston Martin, I was 90 percent happy.

100 plus per cent happy with joining Aston Martin

“When they started improving and they finished the season on a high, I was 100 percent, now I’m 100 plus,” he insisted.

“There was nothing that really surprised me,” Alonso added. “The car behaved well, although we have some concerns about the steering feedback.”

Aston Martin suffered early season troubles with their steering design, something the team worked on sorting over the course of the season, an issue suffered from at Alpine as well.

He recalled: “The first year, we [Alpine] had to work a lot – nearly five months – on the steering assistance, on feedback.

“So we [with Aston Martin] had some concerns that we spoke about over the last few weeks so it was a happy surprise I felt okay with Aston’s system and we don’t need to change it,” he added.

Alonso will start his 357th grand prix with Aston Martin in 2023.