Ben Sulayem: I will defend my people 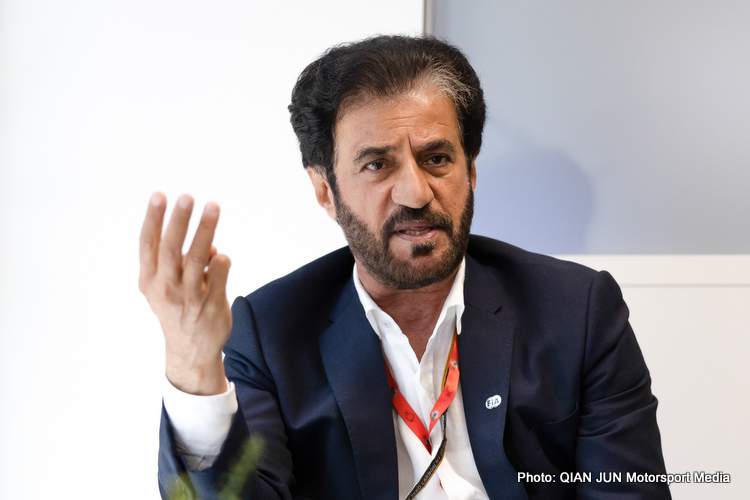 Mohammed Ben Sulayem, the FIA president refuted claims that Shaila-Ann Rao has acted with bias against Red Bull during the handling of the energy drinks outfit’s cost cap breach.

Red Bull’s cost cap breach saga is over now, the team signing an Accepted Breach Agreement with the FIA under which they will pay a $7-Million fine, and agree to 10% less time in the wind tunnel.

The news of Red Bull’s cost cap breach started in Singapore, with Christian Horner suggesting there were leaks, saying: “Obviously, any form of leakage is hugely worrying. It’s something that we expect to be followed up.”

The FIA appointed Shaila-An Rao, a former personal advisor of Mercedes boss Toto Wolff, as an interim head of Formula 1 within the governing body, replacing the departing Peter Bayer.

Rao’s appointment was not agreeably met by everyone, Mattia Binotto voicing his concern at the time, and there were rumors that she was behind the leaks in the budget cap matter.

Speaking to reporters in Abu Dhabi, Ben Sulayem rubbished these claims, he said: “Her position is interim secretary general.

“What does interim mean? Shaila-Ann has been supportive a lot to me and I see her intelligence on big decisions. I will defend my people,” he insisted.

“I’ll be very honest with you, and I’ll defend my opinion, but when it comes to Shaila-Ann, there were accusations that she is mainly a supporter of Mercedes.

“But actually, when the [cost cap] penalties were there with both teams, she said that’s a bit harsh from me,” the Emirati added claiming Rao didn’t agree with the penalties imposed on Red Bull.

“I looked and said: ‘My god, there is someone who is accusing her of being with Mercedes, and she’s saying to me that it’s harsh on Red Bull.'”

As for the leaks the FIA president said: “On the leak, we were in Austria, we were having the F1 Commission meeting, and while we were talking about it, it was already in the news.

“It’s frustrating sometimes, because before you’ve finished your meeting, something has got out,” he lamented.

Ben Sulayem, however, conceded the cost cap management was not perfect, but that the governing body has learned a lot from its first year of implementation.

“If you don’t have the manpower to police it, what is the use of having this regulation?” he said, denying the FIA are struggling to police the cap.

“We learned a lot,” he went on. “Who knows in the first year what is going to be the outcome? The other teams will say we have been light on them, some of them want them to be hanged. Where do you draw [the line]? Do we want to get rid of them or straighten up and not do it?

“What we did in September/October, it should be earlier, but as the first year we learned a lot from it and we are still learning,” Ben Sulayem maintained.